Here we are, back for a little Sin City VegasWire. Know something, see something? Let us know, fo sho. 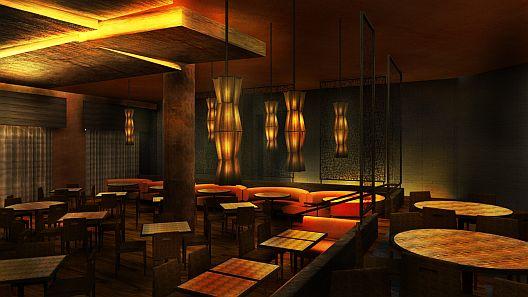 BELLAGIO: This June, the Light Group will open Yellowtail in the former Shintaro space. Designed by The Rockwell Group, the 180-seater will overlook the fountains, and offer and extensive sake collection, and a menu (traditional sushi, sashimi, hand rolls and tempura) from chef Akira Back. He worked at Matsuhisa in Aspen for several years. [VegasWire] 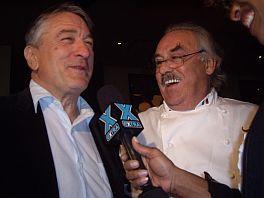 HARD ROCK: Our VegasWire operative, John Curtas, went to the Ago opening party on Monday night: "The new northern Italian restaurant helmed by Augustino Sciandri opened two months ago to nary a peep. Now along comes some guy who doesn't even cook, and the paparazzi are poised as if Britney and Lindsay are bingeing again. Ya gotta hand it to Sciandri's partner---some guy named Bob DeNiro---he's remarkably gracious to those seeking to bask in his aura, and even chats it up with a few A-to- C-list interviewers, all the while sporting his trademark grin. And you know it's a happening when Siegfried and (still injured but slightly ambulatory) Roy make an appearance-minus their housepets-for a little reciprocal basking of their own." [VegasWire]

LUXOR: Kerry Simon's CatHouse has been open for just a couple of months, but closed on February 25 due to some "structural damage." An official statement from CatHouse PR: "While an inspection and repairs are in progress, the ultra-lounge will be closed to the public. The restaurant also will be temporarily closed to the public. More information, along with reopening dates, is forthcoming." [LVRJ/VegasWire]