Once again, we round up some of the latest openings in The Dish. See something debut? Let's hear all about it. 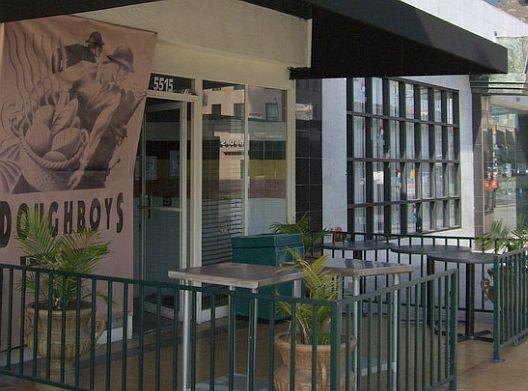 MID-WILSHIRE: The fate of Doughboys on Third Street is still up in the air---we just called the Highland location for info yet again and got a pause, more hesitation, then "yeah, I don't really know what's going on over there"---but a new Doughboys will open next to the El Rey Theatre tonight. We asked about this new location and were told: "You know, everyone's really busy getting a new restaurant open, and I have tables waiting for me, so I have to go." And yet we still throw business their way. (5515 Wilshire Blvd, Phone TBA) 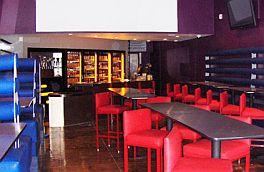 EAGLE ROCK: We can't figure out why no one would care about a sports bar "between March and September," (um, there's a little thing called BASEBALL), but UrbanDaddy has it that the Coffee Table Lounge opened adjacent to, yes, the Coffee Table. Purple walls, red chairs, blue accents, "Tuscan tacos," 100 different beers by the bottle. Lots to take in. [Picture from UD] (1958 Colorado Blvd, 323.257.2245)

MONTROSE: The owners of Goudas & Vines, a fairly large and newish wine store the village, transformed half the space into a wine bar and restaurant and changed the name to Three Drunken Goats. In addition to the retail store, there's a bar, banquette and table seating, paintings of Spain and rustic light fixtures for ambience. The chef opened both Cobras & Matadors locations, so expect tapas, paella, some fish and steak dishes. Open daily for lunch and dinner, with a limited tapas menu in the afternoon. (2256 Honolulu Ave, 818.249.9950)

WESTLAKE VILLAGE: The owners of Vivoli Café & Trattoria on Sunset opened another location at the North Ranch Mall, next to Pinkberry and BJ's. The owners plan on a Valencia location next, and one in San Miguel de Allende, Mexico. Now that's expansion. (3825 E. Thousand Oaks Blvd, 805.373.6060)