Share All sharing options for: Wolfgang's Steakhouse Opens Tomorrow, May 1

When we called information today for the number to Wolfgang's Steakhouse on Canon Drive in Beverly Hills, the operator connected us to Mastro's. The New York import is just a few blocks from Mastro's and Spago, and people think Cut moved when their friends say, "Hey, let's check out Wolfgang's Steakhouse on Canon." The confusion isn't surprising. But surely this town is big enough for two Wolfgang's, and hopefully your wallet and gullet are big enough for the jumbo everything (shrimp or crabmeat cocktails, lobster, baked potatoes), the steaks for two, three or four, the wines. There's a nice big bar, private dining rooms, tables with perfect sightlines to see who's who, where and with whom, and as noted above, a little patio out front. But why go here instead of all the others? "The porterhouse," we're told. "Don't miss." Dinner this week only; lunch starts on Monday. (445 N Canon Dr, Beverly Hills, 310.385.0640) 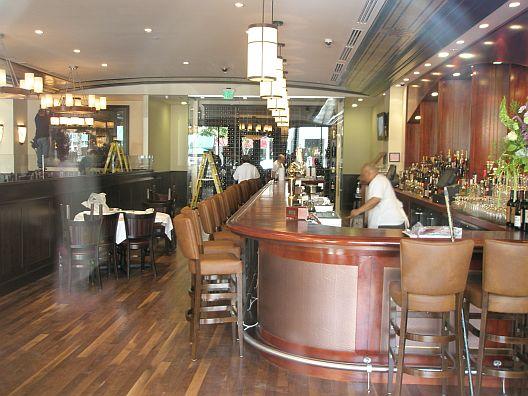