EaterWire: Conny Andersson Goes Out on His Own, Wokcano Fire, Cardone's Closed

Share All sharing options for: EaterWire: Conny Andersson Goes Out on His Own, Wokcano Fire, Cardone's Closed

BEV HILLS/VENICE: We heard rumblings about this last summer, but it's official: Conny Andersson left his exec chef position at the Beverly Wilshire hotel with plans to open his own place in Venice this summer. No specifics yet on the where or the what. Chef de cuisine Brian Moyers is now in charge at The BLVD. [EaterWire] 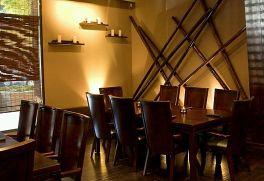 WEST HOLLYWOOD: The Wokcano on Third Street had a small fire today, noticed by the folks at Innovative Dining Group (who own Sushi Roku, etc.) who called the fire department. Wokcano staffer says there was some minimal smoke damage and they hope to reopen by tomorrow. [EaterWire]

SILVER LAKE: From a tipster: "Last night driving west on Sunset I saw that Cardone's Deli had newspaper on its windows. Seems that the scruffy Silver Lakers in this park of SL didn't provide enough business. I went there several times and was satisfied with my sandwich but parking was a pain and they were often out of ingredients. Hopefully another deli takes the space because we need it here in Silver Lake." [EaterWire Inbox]