Got a tip for the EaterWire? Window #4, please. 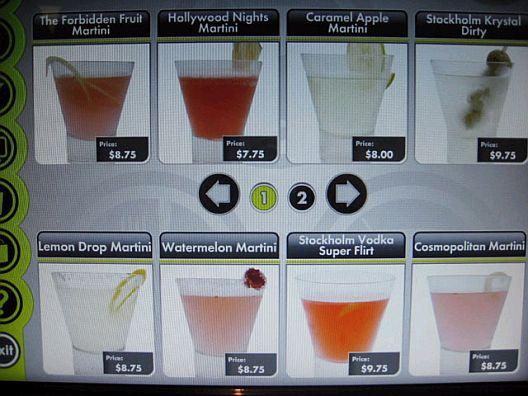 One of the drinky winky screens via LAist

HOLLYWOOD: We showed you some final touches last week, but the Nolan Bushnell interactive cafe and bar uWink soft opens at Hollywood & Highland tonight, with a grand opening on June 27 and 28. Per LAist who dropped by the media party last night: "Most of our interaction was with the touchscreen but we had no shortage of attentive staff filling our orders, clearing our plates and answering our questions." And then they went back to playing video games. [LAist]

PASADENA: Greg Seares, one of the owners of the Bodega Wine Bar tells us that they finally got modifications to their CUP license (been waiting for a few months) and now stay open until 1am at the Paseo Colorado location. This wasn't just a battle to serve the winos an extra hour, it was for everyone operating an establishment at a mall: "Hopefully other bars/restaurants in mixed-use complexes like us will have similar success!" Americana at Brand, you listening? [EaterWire Inbox]