Got a top for the EaterWire? We're all ears. 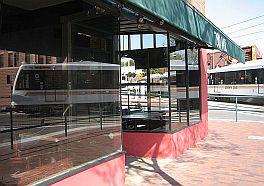 SOUTH PASADENA: That Steven Arroyo just can't sit still. A note from a tipster who sounds particularly close to the restaurant: "750 ml closed for a few days to redecorate a little and rework the menu. They now offer house made charcuterie, (best i've had in a while), the menu will change seasonally instead of daily, the prices have come down significantly and chef Bernhardt is back in the kitchen after a 6 mos leave. Tonight is the official reopening." Apparently Kris Morningstar is doing a little menu consulting for 750, too. What we really really hope is that Arroyo doesn't get bored with the wine bar/bistro idea and turns it into another Cobras & Matadors, as is his MO. [EaterWire Inbox]

CENTURY CITY: The Asian Invasion at the Westfield mall continues. We have an update on Take a Bao, which as shooting for a June opening: Permitting has finally been cleared and construction has begun, and they hope to open by late July or early August. Also notable: Don Dickman (Matteo's, Rocca) has been brought in as a consultant for this first Los Angeles location, but Christian Lomas (from AZ in New York) is still a part of the company. Italian bao? [EaterWire]