EaterWire: Updates from Travi, 5x5 at Bastide Canceled, AK in Venice, Fig, An Café and MORE

Share All sharing options for: EaterWire: Updates from Travi, 5x5 at Bastide Canceled, AK in Venice, Fig, An Café and MORE

This special EaterWire is rife with gossip from this weekend's Taste of the Nation event. Have some goss of your own? We're always listening. 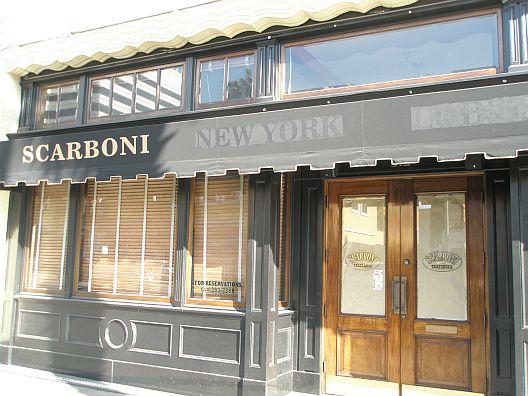 SANTA MONICA: A Plywood update: Jason Travi says demo is complete and construction on the new Italian restaurant (in former Scarboni space) will start in a few weeks. For an opening date, he's just telling everyone "by the end of the year." [EaterWire]

WEST HOLLYWOOD: After talking with a few of the chefs from the 5x5 Collaborative this weekend, it's official that the next dinner, scheduled for Bastide, will be postponed. Since Walter Manzke is one of the five chefs who participate, and he's no longer at Bastide, they'll resked when he lands wherever he lands. The next one is in July at Melisse with special guest Douglas Keane from Healdsburg's Cyrus. [EaterWire] 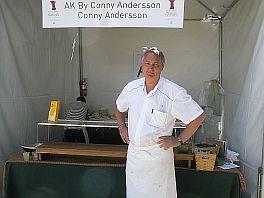 VENICE: Conny Andersson, who left the Beverly Wilshire Hotel a few months ago, will open AK Restaurant + Bar on Abbot Kinney in mid-July. Located near Wabi-Sabi, it will be casual with a Swedish influence. Meaning: In addition to the Omaha steak with sauteed mushrooms and truffle parmesan fries, there will be aquavit-cured gravlax, pork schnitzel and Swedish meatballs. [EaterWire]

CULVER CITY: Ben Ford of Ford's Filling Station wants to open a sandwich restaurant since his big win on a Food Network sandwich challenge, but he's keeping mum on where it will be located---although he did drop CC and Downtown in the conversation. When we asked if it's sort of like Colicchio's 'Wichcraft, he said, "No. Mine will be better." Of course. [EaterWire]

SANTA MONICA: Over at the Fairmont Miramar hotel, Fig Restaurant will replace The Grille, set to open this fall, probably Octoberish. [EaterWire]

SANTA MONICA: There's a lot of expansion going on for Crustacean's An family these days. Not only are they opening a yet-to-be-named restaurant at Bloomindale's in the South Coast Plaza in Costa Mesa (designed by Kris Keith and Spacecraft Design, no less), but they will also open An Cafe in the Santa Monica Business Park, which houses MTV among others, in August or September. [EaterWire]