Got a tip for the EaterWire? Drop us a line. 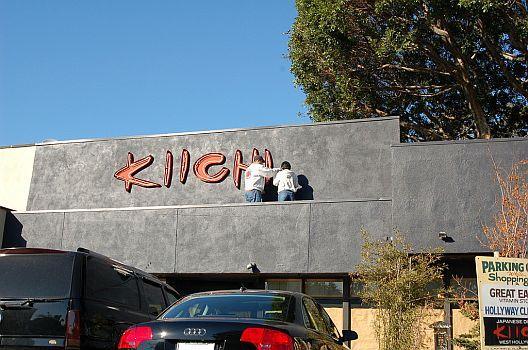 WEST HOLLYWOOD: A reader tips us off that Izaka-Ya Kiichi, which only opened on SMB a year ago, closed: "We really enjoyed having such a good a local 'kaya, but it just didn't catch on. Food was really good, great sake, friendly service, and a Taka was super-nice manager, but once he left for his father's funeral in Japan, it just wasn't as good. Something jinxed about the location, nothing ever seems to stick there." [EaterWire]

HOLLYWOOD: Looks like the Le Pain Quotidien rumored for the former Victor's Deli space (not the restaurant, which remains open) at the bottom of Bronson Canyon isn't happening after all. Not sure what fell through, but The Oaks Gourmet Market is going in. We don't have full details yet, but we hear the owner is Greg Morris who also has The Belmont, Spanish Kitchen and Stone Fire Pizza on La Cienega. [EaterWire]