Here, more news from The Strip for the VegasWire. Have something to share? The tip jar is all yours. 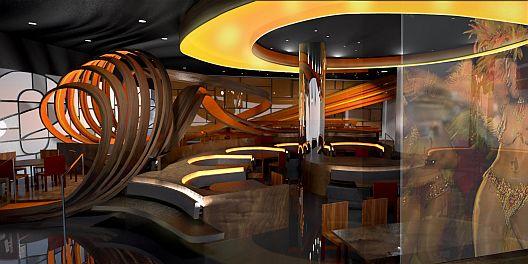 PALAZZO: After a few delays, SushiSamba finally debuts in the Shoppes at the Palazzo (open now, but "official" date is July 21). The New York import is completely Vegasized: 14,000 square feet, dining room, 16-foot ceilings, colorful "ribbons" winding around the rooms, sushi bar, robata grills; the Sugarcane Lounge will open in mid-August and stay open until 4am on weekends. (3327 Las Vegas Blvd. South, 702.607.0700) [EaterWire] 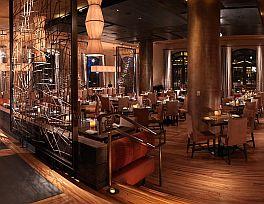 CITYCENTER: Big restaurant news for the mega MGM-Mirage property going up at breakneck speed between the Bellagio and Monte Carlo. Wolfgang Puck will open two concepts: A still unnamed "contemporary interpretation of a traditional French brasserie with tastes of the Mediterranean region," and the Wolfgang Puck "Pods," a more casual Med-American concept. Both will be located in The Crystals, a 500,000-square-foot retail, entertainment and dining district that will open in late 2009. Also in the Crystals, LA-based Innovative Dining Group will open an outpost of Katana, which makes sense since they already have Sushi Roku and BOA Steakhouse in other resorts. Additionally, our pal John Curtas says three-Michelin-starred Paris chef Pierre Gagnaire is close to or has inked a contract with to open an outpost in the Mandarin Oriental at CityCenter. [ELA/ELV]

ECHELON: Curtas also has news that Terrance Brennan of NYC's Picholine and Artisanal is rumored to open a restaurant at the Shangri-La hotel in the mega Echelon complex going up where the Stardust was. This won't open until 2010. [ELV]