It's time for another edition of Adventures in Shilling, in which we fight shilling the best way we can, by shaming tasteless, unscrupulous shills into submission. Well, that's the plan, at least. Fight shills yourself by dropping offensive links to la@eater.com. 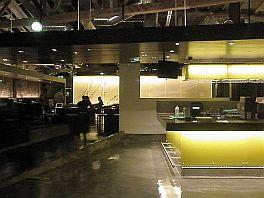 1) The new Cal-Korean Gyenari isn't even open yet (debuts tomorrow, July 24), and it's already getting five star reviews on Yelp: "Not your typical Korean barbeque joint--upon entrance, you'll find yourself in a swanky little setup of a lounge, with the dining area in the background. Actually, "swanky" isn't the right word; think "sultry" for a better idea?The meat here is what surprised me the most: the quality was excellent and the marinades done just right. An anonymous diner (who happens to be me) was quoted dropping F-bomb praises after getting a taste of the galbi and the pork."
Shill Probability: 100%

2) The following glowing Kitchen 24 review from a one-time, one-venue Citysearch commenter is a bit suspect: "My friends and I noticed Kitchen 24 as we were leaving Goa last Thursday night. It was the only place on Cahuenga that was beautifully lit and welcoming. We didn't expect much for a 24 hour place, but we were pleasantly surprised. Every single thing that we ordered was incredible?The fare is classic american diner, but with a refreshing modern twist. The prices were reasonable too, which is a major plus. This is definitely my new late night spot, and I could soon become a daytime regular as well. I highly reccomend this place."
Shill Probability: 68%

3) After plugging the Silky Smooth's Wednesday freebies, the comments got a little shill top-heavy. One in particular: "Just check out the microcreamery machine in the photo. When have you ever seen one of these? That machine has to be way more expensive than those cheapo soft serve machines that are on every street corner yogurt shop in LA. There is a reason Silky Smooth won the FOX TV Hotlist (#1 best in LA) and the Yelp comments are so positive--they have a truly unique product that can be found no where else. Well worth the trip to Beverly Center!"
Shill Probability: 96%