Share All sharing options for: The Dish: Kiss My Bundt, Fix Coffee, Naturewell

Here we are back at the Dish, our regular look at what debuted and where. Did we miss something? The tip line awaits. 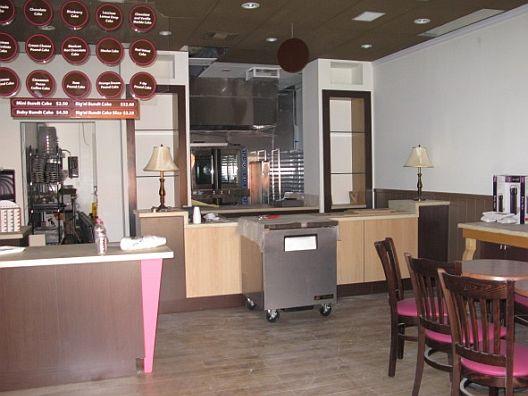 Kiss My Bundt from Blackburn and Sweetzer

MID-CITY: Although a grand opening is scheduled for September 6, the all-bundt, all-the-time bakery Kiss My Bundt opened today. The bundts come in baby, mini or the Big Ol' 10-inch in flavors like traditional butter, red velvet, carrot cake, chocolately-chocolate, and mandarin chocolate. Owner Crysta Wilson, who's been working on this debut for almost a year, promises "southern-style confections" and "better than Coffee Bean coffee." The shop looks to be mostly take-out with a few dine-in seats. (8104 West 3rd Street, 323.655.0559; website)

ECHO PARK: A reader saw a flier on the previously plywooded Fix Coffee that said the new coffee house opened in its former gas station home this past Sunday. (2100 Echo Park Ave; website)

SILVER LAKE: LAist has it that the vegan, organic Naturewell juice bar opened softly for Sunset Junction over the weekend. (3824 Sunset Blvd.)