With so many new restaurants readying for fall debuts, we're here to keep you updated on the important projects and when it's time to make those resys. 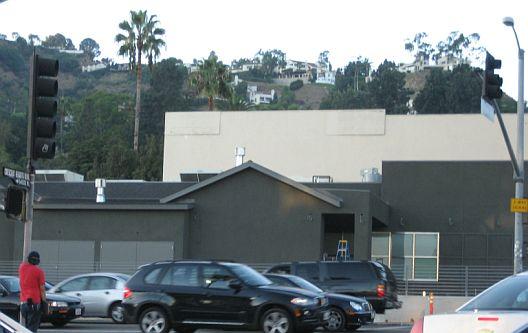 The fancy trompe l'oeil barriers have come down from around XIV ("fourteen" for the Roman numeral challenged), the new restaurant and lounge from SBE and Michael Mina, which means the debut must not be far off. XIV takes over SBE's former nightclub Privilege on the corner of Crescent Heights and Sunset, which started out as the seasonally-evolving Shelter, and, yes, was also once Coconut Teazer. Sam Nazarian always had plans for some sort of supper club in this space—at one point it was being referred to as Slab—with a top-name chef at the helm. They announced plans for the Mina partnership in April, promised an October debut, and surprisingly everything is actually on track.

The space is supposed to resemble a European chateau, designed by Philippe Starck of course. This is Mina's, who's known for exquisitely prepared "trio" menus, "social dining" experiment—small plates, not really for sharing, just?small plates. We might see dishes like chilled lobster with potatoes and chestnuts; "Michael's caviar parfait"; duck confit with barley' braised veal cheeks with saffron; charcuterie and cheeses; oysters; seasonal ingredients with the Mina touch. Preview dinners start the second week of October, with an opening party soon after. No set opening date yet, but it will probably happen around the third or fourth week.
· SBE and Michael Mina Team Up For XIV [~ELA~]
· Plywood Anatomy: Michael Mina and SBE's XIV [~ELA~]