It's a fact of the dining life: Restaurants come, restaurants go. Did we miss something in the Shutter Report? Do let us know. 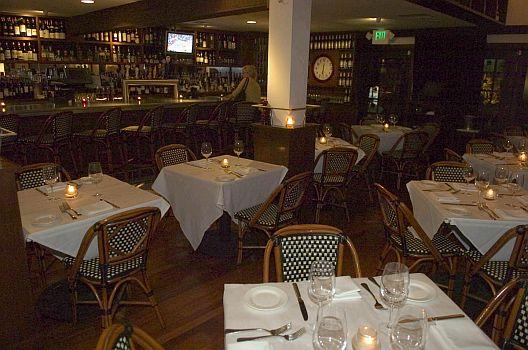 1) Santa Monica: The property's been on the market for several months now, but Brass.-Cap will officially close after this weekend. Confirmed with the restaurant: Saturday is the last night. This could be so Bruce Marder can focus on his other restaurants (Capo, Broadway Deli, Cora's Coffee Shop, Brentwood Restaurant), maybe the property finally sold, or maybe the business just wasn’t there any more. [ShutterWire]

2) Pasadena: This one is a toss up. A bit saddened, a reader suggests that La Maschera has shuttered its Old Town doors. The answering machine says it was closed until August 11 for renovations, but the fact that that is still the outgoing message in September does not bode well. This one is not confirmed, but if it is closed, it far outlasted the Deathwatch odds. [ShutterWire]

3) Downtown: After a shaky start, the Lime Cafe has officially closed. According to Angelenic, "After only twelve weeks, first-time restaurateur Michael Franz has shuttered the operation in the Security Building?there simply was not enough capital left in the business." Right. He was looking for capital very publicly on Craigslist not too long ago; guess that didn't pan out. [Angelenic]