Share All sharing options for: What was Your Best Meal in 2009?

As is the tradition at Eater, our closeout of the year is a survey of industry types, bloggers, and chefs. This year, we asked the group eight questions, from 2010 Headline Predictions to Top Standbys. All will be answered by the time we turn off the lights on Thursday. On we go, in no particular order; all responses cut, pasted and unedited: 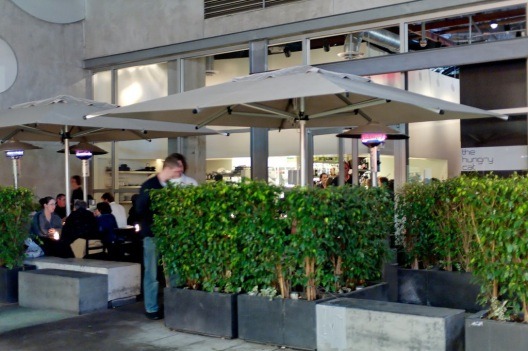 Jonathan Gold, LA Weekly: One of everything at the second iteration of Ludo Bites.

Eric Alperin, mixologist, The Varnish: Brunch at The Hungry Cat with Courtney... (Followed by The Hurtlocker at The Arclight....)

Lesley Bargar Suter, Los Angeles Magazine: Its not economic-chic, but the best meal I had in 2009 was at the Dining Room at the Langham Huntignton, just after Michael Voltaggio took over.

Mark Peel, chef and restaurant owner, The Tar Pit: The fish stew I made at home for my family.

Jeff Miller, Thrillist: The annual insanity of 11 in 11 -- the eleven-restaurants-in-eleven-hours scheme originally devised by Jason over at the Golden State and some friends of his, five or so years ago -- was elevated this year thanks to it running all night rather than all day. Drive-by haters just didn't get it: the point isn't the food, or the stamina, it's the unpredictablity of the experience. Was it the best food I've ever had? Not by a longshot. But nothing will beat the feeling of finishing off some bibimbap in koreatown at 3am while getting a text message that a Highland Park Oxacan place had head-cheese sandwiches and beer waiting for us, and knowing we could get over there in 20 minutes -- and still make it to the Pantry for 5am pancakes. And the Standard for sunrise drinks. And blood soup at 7am...this year, more than ever, LA was our oyster (even though we ate no oysters).

Odell: I recently had a fantastic meal at Vertical Wine Bistro in Pas, but the show stopper was a meal I had last month in Bagnoli Irpino (Italy) in a tiny bed and breakfast called Country House Nonna Pina. Everything was house-made from the wine to the cheese to the salumi to the bread...

From Delivery to Cocktails To-Go, How California’s New Laws Will Change Dining in LA