You see them eating and they don't care if they see you. Want to submit an item for the StarWatch? You know the number. 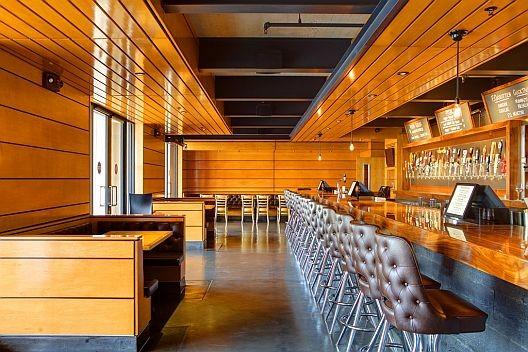 1) Father's Office: Oh Gail, everyone's missed you this year. From the Inbox: "Last night around 830 p.m. my boyfriend and I saw Gail Simmons at the bar at Father's Office in Culver City. She was talking to a man seated next to her. We thought about interrupting her conversation to tell her that she is a much better Top Chef judge than Toby Young, but decided not to." [StarWatch Inbox]

2) Ivan Kane: Hobbits apparently enjoy the trendy scene: "Elijah Wood and Dominic Monaghan, stars of the Lord of the Rings Trilogy, spotted hanging out at the Ivan Kane's Cafe Was absinthe bar in the mezzanine." [StarWatch Inbox]

3) STK: "Went to STK last night for dinner and saw Bill Maher and his attractive date at a booth near the center of the restaurant. It looked like Bill was hamming it up, as they were laughing the entire meal. A while later, Cristian De La Fuente (CSI Miami, Dancing with the Stars alum) walked in and joined a giggly table of 4 girls." [StarWatch Inbox]

7) Water Grill: "Spotted Diedrich Bader around 7 p.m. at downtown's Water Grill with three others; had a hard time explaining to one of my dining companion who he is (Oswald on Drew Carey show; the 'neighbor' from Office Space)." We still goin' fishin' this weekend, Peter? [StarWatch Inbox]