Welcome back to another Dish Report, where we track some of the latest openings around town. Spot something new that we've missed? Let us know. 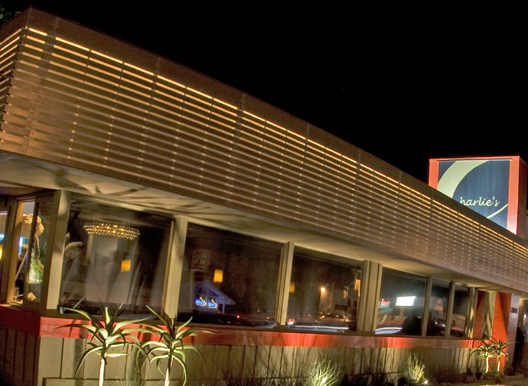 1) Malibu: Charlie's opened for lunch and dinner this week in the old Allegria space on the PCH. The person responsible for the project is Malibu resident, owner Charlie DiLorenzo, who was once a managing partner at NYC's Bice Ristorante and Cafe Med in LA. Eleano Camboni is the exec chef for the "upscale but casual menu," and 100 seats are scattered between the dining room and bar areas. We also hear there are leopard print chairs, so there's that. 22821 Pacific Coast Hwy, Malibu; (310) 456-3132; website [EaterWire]

2) Century City: Right across the way from RockSugar in the Century City Mall, plywood vet Toscanovo has opened. It's an Italian trattoria by executive chef and partner Agostino Sciandrio of Ago fame. You'll recall that it was designed by Ralph Gentile Architects, the same folks who also did Bar Pintxo and Boule. 10250 Santa Monica Blvd., #192 , Century City; (310) 551-0499 [EaterWire]

3) Santa Monica: Over on Wilshire, FIG just made its debut on Tuesday. It's billed as a "seasonal bistro" from Ray Garcia, and yes, there's a strong emphasis on local, sustainable ingredients. And for those wondering, its name is derived from Santa Monica's landmark, the 123-year-old fig tree. 101 Wilshire Blvd, Santa Monica; (310) 319-3111; website [EaterWire]

4) Studio City: A tipster sends along word that Arb Pizza Cafe is up and running in the old Mazzarino's space in Studio City. Regarding the "Brooklyn style" pizza: "It was pretty good. It's not Ray's on Prince Street, but it's a pretty good slice ... Good addition to that part of the strip, especially if you would rather have a slice than a gourmet burger after having a beer at Laurel Tavern." 11946 Ventura Blvd, Studio City; (818) 358-2233; website [EaterWire]

6) Pasadena: Via Eating LA comes the news that there's a new cupcake monger in South Pasadena: "My Sweet Cupcake opened this week on Mission St. in South Pasadena, just a few doors down from The Little Parlor pizzeria and convenient to the Gold Line station. It's mostly cupcakes, but they'll be adding a few other items when they get settled in and will also make custom cakes." 954 Mission St., South Pasadena; (626) 441-4010 [Eating LA]