Spot a shiny new opening on your block? Let us know. 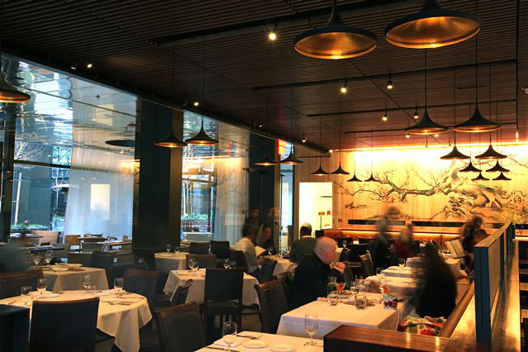 1) Downtown: Chaya Downtown opens its doors today in downtown Los Angeles. For the most part, the French-Japanese menu is similar to the other locations in Venice and Beverly Hills, and corporate chef Shigefumi Tachibe has named Kazuya Matsuoka as the chef de cuisine for this, his latest project. On the design front, there’s both a sushi bar and a full bar, plus patio seating for those sunny days. 525 South Flower Street; (213) 236-9577; website [EaterWire] —Harlow Quinn

2) Mid-City: It's not a new opening per se, but the weekend saw the change of La Terza into Minestraio. Blackburn + Sweetzer was there for the inaugural run: "What’s different is the abundance of handcrafted pastas ($8-$16) and trattoria-style main dishes ($14-$19.50) such as rotisserie chicken and French fries and grilled sausage with roasted potatoes. Minestraio’s first official night was bustling; I’ve been to La Terza a number of times, and I don’t think I’ve ever seen it so busy with the first and second floor nearly completely filled, as well as the bar area. 8384 W 3rd Street; (323) 782-8384 [EaterWire]

3) Calabasas: Way up in Calabasas, another Crumbs made its debut over the weekend in the Commons at Calabasas. Of more importance is that the location will be handing out free cupcakes next Saturday, March 21s, beginning at 10am. Plan accordingly. 4799 Commons Way; website [EaterWire]