The week already saw the debuts of Barbrix and La Grande Orange, but here are a few more notable openings. As always, do pass along your sightings to the tipline. 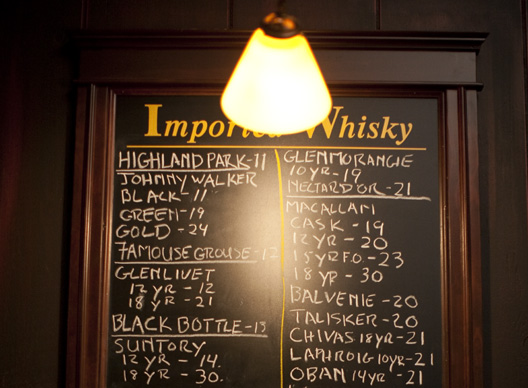 1) Downtown: The upscale booze list you see above is a portion of the offerings at Cedd Moses' latest takeover: Tony's, opening tonight. The old school bar has been revamped with a music-centric hipster vibe, plus a pool table and in the back, ping pong table. 2017 E. 7th Street; (213) 622-5523 [EaterWire]

2) Downtown: We've been steadily following BottleRock Downtown for months upon months now, and it finally rolled out earlier this week. Jared Levy is running the kitchen, and compared to the Culver City original, the menu (see here) has expanded 1150 S. Flower Street; (213) 747-1100; website [EaterWire]

3) Silver Lake: You've seen the modest interior and you've seen the bright exterior, and at 12:30 today, Territory BBQ and Records will make its debut on North Hoover Street. The record shop is next door, but for the food circles, the main attraction of the NYC import should be the barbecue offerings: pulled pork, fried chicken, brisket and all the rest. 534 N. Hoover Street; (323) 662-4100; website [EaterWire]