StarWatch: Ford and Flockhart at AOC, Conan at Tavern, Ron Howard, JJ Abrams and Many More!

Share All sharing options for: StarWatch: Ford and Flockhart at AOC, Conan at Tavern, Ron Howard, JJ Abrams and Many More!

And now, this week's celebrity sightings from LA's dining landscape. As always, you can submit your own items to the official StarWatch Tipline. 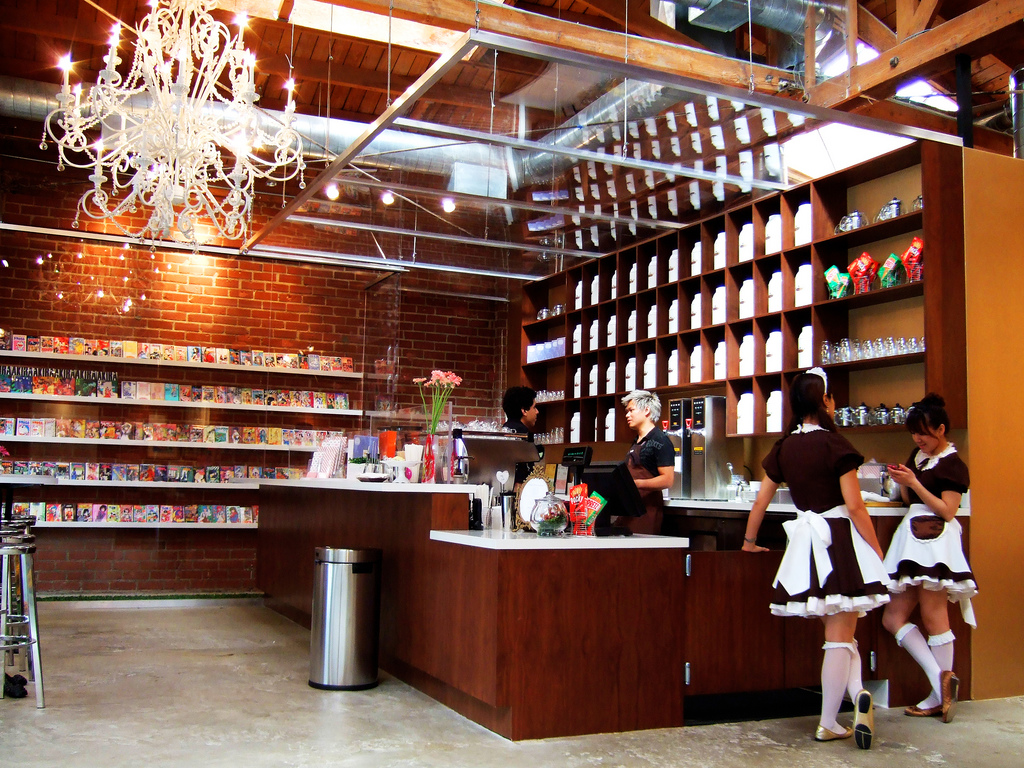 2) Tavern: Funny man Conan O'Brian was spotted last weekend dining with three other guests, but was apparently in a bit of a rush-after eating he paid the waiter in cash and split. [StarWatch Inbox]

3) Royal/T: Last Thursday (as in 8 days ago) Jamie Lee Curtis dropped by the newish Japanese maid café/art gallery/retail store in Culver City for a little retail therapy, while Val Kilmer too stopped by to refuel with photographer/director/designer pal Ali Alborzi. [StarWatch Inbox]

4) Lago: After checking out his film Angels and Demons, director Ron Howard, plus wife and two friends stopped by Saturday night for a light meal, while nearby Playboy Playmate and former Hef girlfriend Michelle Winchester dined with two friends. Straight out of tv land, True Blood stars Stephen Moyer and Anna Paquin dined later in the week ensemble with an additional accomplice and two little girls. [StarWatch Inbox]

5) Rustic Canyon: Mr.Howard was making the rounds, he was also spotted out again the following night. [StarWatch Inbox]

6) SusieCakes: In the mood for cupcakes, Marcia Cross popped by with her daughters and mother for a fresh assortment. [StarWatch Inbox]

9) Sauce on Hampton: Al Gore's wifey Tipper was spied with a slew of secret service guys (so much for being inconspicuous) enjoying an omelette at the tiny newish resto. [StarWatch Inbox]