StarWatch: Bai Ling and Lionel Richie Maybe on a Date at Whist, Jane Fonda at Basix, Annalynne McCord and Kellan Lutz at RockSugar, plus Many More!!

Share All sharing options for: StarWatch: Bai Ling and Lionel Richie Maybe on a Date at Whist, Jane Fonda at Basix, Annalynne McCord and Kellan Lutz at RockSugar, plus Many More!!

Here we are with another installment of StarWatch, where we out the favorite restaurants of the famous and semi-famous. Spot a celeb eyeing a menu? Send all tips right this way. 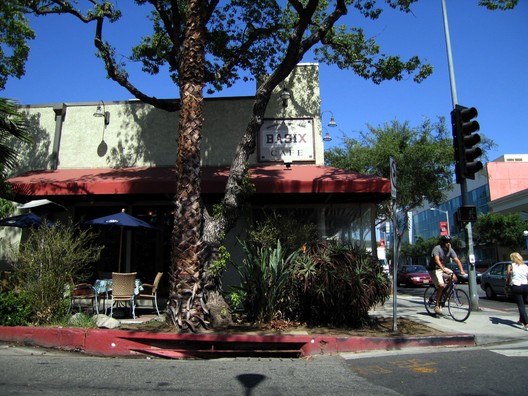 Whist: "Last Thursday, Bai Ling and Lionel Richie were spotted at Whist having (what appeared to be) a romantic dinner. Isn't that THE weirdest celeb couple....EVER? This totally random web site has a video of the two of them at Whist - check it out. The x17 has some additional “eye witness” accounts of the two of them." [StarWatch Inbox]

Pizzeria Mozza: Amidst working on his upcoming downtown eatery Richard Blais was caught dining with his wifey and another friend. "not sure what they ate - they came in as I was leaving, but his wife is really pretty - I actually thought she might have been an actress and was trying to place her, when I realized I had no idea who she was but knew her husband." [StarWatch Inbox]

Chateau Marmont: July 20, "A big table of about 20 next to us included Warren Beatty, Mayor Villaraigosa and Gov. Schwarzenegger. Perhaps they were celebrating the budget balance?" [StarWatch Inbox]

Cafe del Rey: "Megan Fox was seen at Cafe del Rey today (July 18) for lunch with you know who." Who? [StarWatch Inbox]

Lares Restaurant: "Spotted Hilary Swank at Lares Mexican restaurant in Santa Monica last night with her brother, a young boy (her nephew?) and an older man whose face we didn't see. Hilary used to live in the neighborhood, glad to see she still visits the best Mexican joint in the 'hood.'" [StarWatch Inbox]

Ludo Bites: "I just wanted to let you know that Shawn Pyfrom from Desperate Housewives dined at LudoBites on Friday night (7/17) and said it was the 'best meal of his life.'" [StarWatch Inbox]