Share All sharing options for: 2010 Top Newcomers in Los Angeles 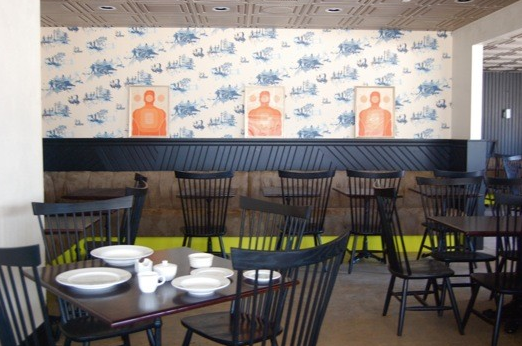 Jeff Miller, Thrillist: Chego! and Tinga, for the exact same reason: this year was all about value, and both of those restaurants deliver absolutely amazing food that, dollar-for-dollar, is the best deal in the city. There may be "better" fine-dining food, but if you don't want to worry about your next car payment and want to eat something delicious, fun, and interesting, either of them are perfect.

Josh Lurie, Food GPS: The most exciting restaurants to open in Los Angeles in 2010 were probably Waterloo & City and Red Medicine. The former is primarily due to Brendan Collins’ Prime pork chop with black pudding, which gets my vote for dish of the year. At the latter, Jordan Kahn’s menu reads like some kind of food lover’s dream, the plating is imaginative, and while he still has some adjustments to make, the nouveau Vietnamese restaurant could eventually become our version of the Slanted Door. FarmShop also intrigues me, but my first visit will have to wait until 2011. Bring on the fried chicken.