What Was The Biggest LA Dining Surprise of 2010?

Share All sharing options for: What Was The Biggest LA Dining Surprise of 2010? 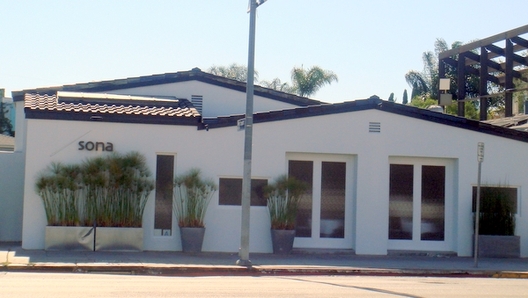 A view that no longer exists.

Q: What was the biggest LA dining surprise of 2010?

Neil Kohan, Food Marathon: That LA Street Food Fest turned from a debacle in February to a success by July. That anyone still eats frozen yogurt. That there are still new food trucks. That Villaraigosa is still mayor when we all know Jonathan Gold should be.

Barbara Fairchild, former E-I-C Bon Appetit: Culina at The Four Seasons Hotel—proving that a hotel restaurant can be so much more than a cliche...one that is modern, lively, and fun, and really delivers on the food.

Zach Brooks, Midtown Lunch: That the answer to the last question could possibly include Palms.

Brad A. Johnson, Angeleno: The closing of Sona.

Jonathan Gold, LA Weekly restaurant critic: The burst not just in quantity but in quality of the food trucks. They really have taken the place of the undercapitalized first restaurant for aspiring creative chefs.

Jeff Miller, Thrillist: Two restaurants I didn't expect much from were actually great: Cleo at the Redbury and WP24 at the Ritz. Both are hotel restaurants run by huge corporations, but both of them managed to be distinctive and delicious.

Josh Lurie, Food GPS: After more than 13 years of full-throttle dining in Los Angeles, not much surprises me at this point, but it has been great to see the city’s dining scene become even deeper on the mobile, fast casual and mid-priced fronts.

Odell: The Red Medicine debacle, Marcel Vigneron cooking at Bar210. Oh, and caviar plus caramel are a match made in heaven, thanks Ludo.