Share All sharing options for: Dining World Headline Prediction for 2011?

The close of 2010 is tomorrow! OMG! This week we surveyed a variety of bloggers, writers, and industry types to comment on the LA dining scene over the past 12 months — as well as what diners in our fair city might expect to see in the year to come. From Top Newcomers, to Restaurant Standbys, to the LA Dining Scene in One Word, to the Best Dining Neighborhood, to Biggest Dining Surprise, to Best Meal of the Year, to Restaurants You Broke Up With, and finally to this last post, World Dining Predictions for 2011. Thanks so much for reading and sharing, and have a wonderfully inebriated New Year's Eve tomorrow night. We're off to Vegas, catch you in the new year! XO. 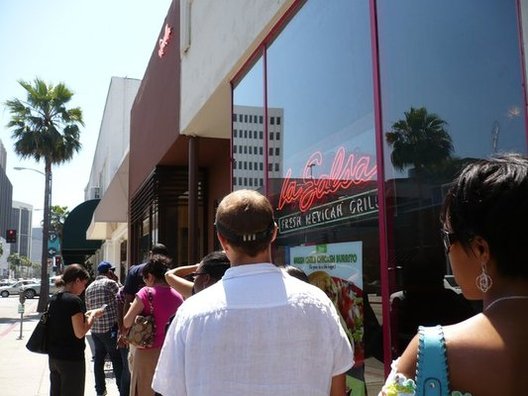 Lindsay William-Ross, LAist: Cupcakes are OUT, burgers are IN.

Jeff Miller, Thrillist: Food Trucks: where are they now?

Barbara Fairchild, former E-I-C Bon Appetit: Jose Andres and Rene Redzepi will team up to open a Danish tapas restaurant. Or not.

Josh Lurie, Food GPS: It’s tough to boil the dining world down to a single headline, but the restaurants I’m excited to experience in 2011 include Playa, John Sedlar’s more casual Latin venture, Short Order, which will probably set the burger bar in Los Angeles, and the mysterious concept that Walter Manzke has planned. I’m also interested to see Grace 2.0, how Ricardo Zarate plans to top Mo-Chica at Picca, and if Sotto’s pizza is just as good as it was when Steve Samson and Zach Pollack were in front of the oven at Pizzeria Ortica.

Galarza: Grant Achatz, With Wisps of Vapor and Smoke, Takes Over World.

Odell: Umami takes over the country.