Were There Any Restaurants That You Broke Up With in 2010?

Share All sharing options for: Were There Any Restaurants That You Broke Up With in 2010? 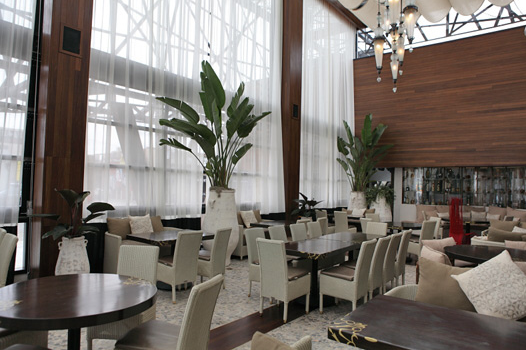 Q: Were there any restaurants that you broke up with in 2010 (places you stopped going to)?

Lindsay William-Ross, LAist: We only had a brief, anti-climactic fling, but I don't need to get cozy with Red O every again. I'd say "it's not you, it's me," but I'd totally be lying.

Jeff Miller, Thrillist: Nah. I'm one of those guys that's still in touch with all his exes :).

Zach Brooks, Midtown Lunch: Panda Express and Baja Fresh. Maybe "broke up" is a strong word. Let's just say the three of us were hot and heavy for many years, but definitely cooled off a bit in 2010. I will, however, admit that the occasional drunk sexting is unavoidable.

Kevin (whose last name will remain undisclosed), kevinEats: Fortunately no.

Brad A. Johnson, Angeleno: Valentino and BLT Steak, and I’m very sad about both.

Jonathan Gold, LA Weekly restaurant critic: An entire year without a visit to a drive-thru window - that's got to mean something, right?

Josh Lurie, Food GPS: I stopped going to dozens of restaurants in 2010. Los Angeles has so many options at all levels that mediocrity shouldn’t be tolerated.

Heather John, contributing editor Bon Appetit: The Hump in Santa Monica and I sadly parted ways, for political reasons. Also, in my hometown, Taylor’s Refresher (where I ate 50-cent corndogs as a kid) and I briefly took a “break” earlier this year when it changed its name after 61 years to Gott’s Roadside. BUT! Following a whirlwind, rekindled romance over the holidays during which I was indulged with extra contraband garlicky green aioli for the chile-dusted sweet potato fries, Gott’s and I are totally back together. Like, totally.

Odell: Unfortunately, had some lackluster meals at Angelini Osteria, Mori, and Pizzeria Mozza (don't shoot me!). Haven't been back to any of the aforementioned.