The close of 2011 is upon us, and as is the tradition here at Eater, we've surveyed a variety of bloggers, writers, and industry types to comment on the LA dining scene over the past 12 months — as well as what diners in our fair city might expect to see in the year to come. The results will run in this space throughout the week from Meal of the Year to Top Standbys. But we want you, dear readers, to share your voice, too, so don't forget the comments. 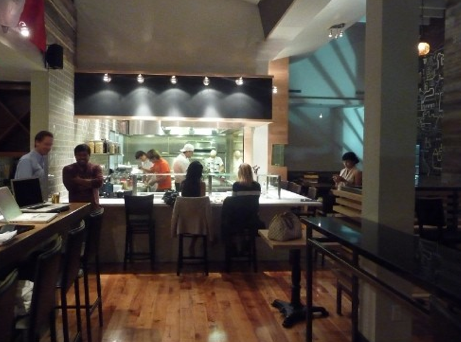 Jeff Miller, LA editor, Thrillist: Picca delivered everything it promised, as did Sotto. I like the more affordable and approchable food outside at Ray's and Stark Bar. I still haven't been to ink., but I think ink. sack's sandwiches are pretty top.

Lonny Pugh, LA editor, Urban Daddy: It's a nicely long list this year, I'd say. But the obvious biggies are Short Order, Lukshon and ink. I also have high hopes for whatever Kris Morningstar (Ray's) and Josef Centeno (Bäco Mercat) touch.

Lindsay William-Ross, LAist: I'd say the biggest buzz has been around ink., Ray's & Stark Bar, Short Order, Mohawk Bend, and Picca, as best as I can wrap my head around the last 12 months.

Josh Lurie, Food GPS: Picca really captured the imagination of a lot of Angelenos. Chef Ricardo Zarate has a good sense of what people are looking to eat. Apparently that’s things on sticks with a hit of acidity. Food on sticks always seem to taste a little better than food that isn’t on sticks, especially when those ingredients are Santa Barbara spot prawns, scallops and beef hearts. It’s also a fun place to be, and it doesn’t hurt that they serve plenty of other dishes, and some of the better cocktails in town. Sotto, Picca’s subterranean neighbor, also has a clear focus, and chefs Steve Samson and Zach Pollack aren’t satisfied with producing the same southern Italian dishes night after night. Their pizza has improved since they first fired up the massive yellow oven, the amaro-focused cocktails are almost always my speed, and they have a passion for pork. M.B. Post and chef David LeFevre made Manhattan Beach a destination for the first time in years thanks to a sense of imagination, value and fun that so few of their South Bay neighbors even attempt to display. Opening there was a smart move. So was serving dishes like bacon cheddar buttermilk biscuits, trotter tots and lamb belly. Cooks County was a late entry, but chefs Dan Mattern (savory) and Roxana Jullapat (sweet) still warrant plenty of consideration for their excellent seasonal cooking. The wood-fired grill delivered some of my favorite duck in recent memory, they’re strong on salads, and this is definitely a place where it’s worth saving room for dessert. The space is also much more open, contemporary and inviting than the previous tenant.