Friends of Eater Recall Their Single Best Meals of 2011

Share All sharing options for: Friends of Eater Recall Their Single Best Meals of 2011

As is the tradition at Eater, our closeout of the year is a survey of friends, industry types, bloggers, and readers. We've already covered Top Newcomers, Top Standbys, Best Dining Neighborhood, 2011 described in one word, and Biggest Dining Surprises. Now, Best Meals. Readers, please add your thoughts to the comments. 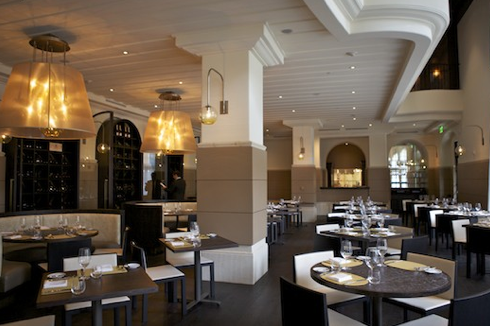 Hadley Tomicki, LA editor, Grub Street: I'm still surprised I didn't wake up at some point when Cimarusti, Ludo, Urasawa, and Zarate came together at Providence, but I'd have to say the kaiseki dinner I had at N/Naka, as I've rarely had such an emotional reaction to food. One side of the table was laughing in wonder, the other crying in joy.

Lesley Barger Suter, dine editor, LAmag: I keep giving it love, but I’m going to have to say my first meal at Sotto: Bread with lardo, perfect pork meatballs, and that pizza, plus cannolis...all washed down with some amaro.

Wolfgang Puck: I would say that my single best meal was at the Fat Duck outside of London if I exclude the meal that Tetsu made for me at Spago.

Zach Brooks, Midtown Lunch: Do I have to choose between ink. and Son of a Gun... because I really don't want to.

Jeff Miller, LA editor, Thrillist: I was lucky enough to spend some major time in Las Vegas and got to eat at Bartolotta. Not only was it the best meal I ate all year, but that's one of my favorite meals I've ever had. Every single bite was perfect.

Yassmin Sarmadi, restaurant owner, Church & State: Chef’s Tasting Menu at Patina – I have always enjoyed Patina, but had not been for some time. Hands down this was one of my best dining experiences in 2011!

Lindsay William-Ross, LAist: This is probably the hardest for me to answer, because I can't just say one thing! I did get to sit down to an amazing meal in the private dining room of Osteria Mozza for a dinner honoring Ruth Reichl where the guests were some amazing local chefs and food writers, which was made only more surreal by the fact that I was high on cold medicine. But a lot of my greatest dining pleasures came while traveling, like the half-dozen fresh oysters I had at Seattle's Pike Place Market, or the epic meals at Julian Serrano and Sage at the Aria in Vegas with some of my food writing girlfriends. The donuts from The Doughnut Plant in NYC my boyfriend and I ate while walking around the Lower East Side one very cold Sunday morning in March after we flew in on a red eye. A White Spot burger in Vancouver. Anytime I got to share a table with a loved one, or experience something while I traveled, well, that's my best meal!

Josh Lurie, Food GPS: That’s a tough call. My meaty meal at Snow’s BBQ, about an hour outside of Austin, was pretty spectacular. Sooke Harbour House, situated right on the water in a spectacular Vancouver Island setting, was stunning for multiple reasons, including the hyper-local food. Still, since this is Eater LA, let’s go with something that’s actually in Los Angeles. One of my most recent blowout meals in L.A. was at Sushi Gen, where we let a friend take the lead, and he proceeded to order an onslaught of pristine seafood, including toro, uni, mirugai (giant clam) and amaebi (sweet shrimp). Seriously, how could that not taste good? And of course the people were fun, so that always helps.

Kat Odell, editor, Eater LA: I would probably have to go with the epic Krug dinner I had earlier this year at Urasawa. Can't compete with Hiro's sushi and 15 bottles of vintage Krug divided between 10 diners... also had a surprisingly fun/flavorful dinner at Miss Lily's recently in NYC.