As is the tradition at Eater, our closeout of the year is a survey of friends, industry types, bloggers, and readers. We've already covered Top Newcomers, Top Standbys, Best Dining Neighborhood, and 2011 described in one word. Now it's time to sum up LA's biggest dining surprises over the past year. Readers, please add your thoughts to the comments. 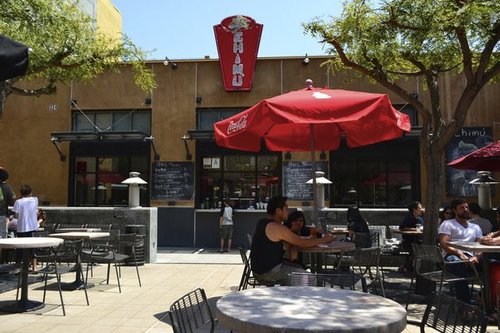 [Looking back at the short-lived Chimu, Downtown.]

Q: What was the biggest dining surprise of 2011?

Zach Brooks, Midtown Lunch: For lunch it was the closing of Chimu in DTLA. That place was really amazing. Isn't it sad that Grand Central Market can support shitty Chinese food and mediocre tacos but not quality Peruvian food? I hope DTLA is kinder to Mo Chica on 7th. I couldn't take this kind of disappointment for a 2nd year in a row.

Josh Lurie, Food GPS: I’m not sure that it’s a surprise, but can’t somebody figure out how to open a decent Chinese restaurant on the Westside? If people can send space shuttles into orbit, is good xiao long bao west of La Brea really too much to ask for?

Jeff Miller, LA editor, Thrillist: I expected Mezze to be a sort of nothing-special type place, but I found myself wanting their food repeatedly. Micah Wexler's doing simple-yet-innovative stuff there that's not Top Cheffy enough to be a turn-off to some; I feel like even though it's on a busy stretch of La Cienega it's something of a hidden gem.

George Abou-Daoud, restaurateur, Bowery Street Enterprises: While an overall better dining scene in LA has flourished, from higher quality ingredients and better fare, fast food and in some cases their lines out the door continue to grow even faster.

Kat Odell, editor, Eater LA: sbe + Adam Fleischman. Also, after all the coverage leading up to Red Medicine's debut followed by SIV's outing, I was surprised that the restaurant didn't received more attention throughout 2011.

Lindsay William-Ross, LAist: I'm delighted by the upsurge in craft beer-centric bars and restaurants. The proliferation of currywurst restaurants in L.A. That I liked Fukuburger way more than I thought I would. People still launch food trucks!

Jonathan Gold, LA Weekly: The freakishly high quality of the cooking at Red Medicine, which seemed to come out of nowhere.