Friends of Eater Weigh In on 2011 Restaurant Breakups

Share All sharing options for: Friends of Eater Weigh In on 2011 Restaurant Breakups

As is the tradition at Eater, our closeout of the year is a survey of friends, industry types, bloggers, and readers. We've already covered Top Newcomers, Top Standbys, Best Dining Neighborhood, 2011 described in one word, Biggest Dining Surprises, and Best Meals. Now, Restaurant Breakups. Readers, please add your thoughts to the comments. 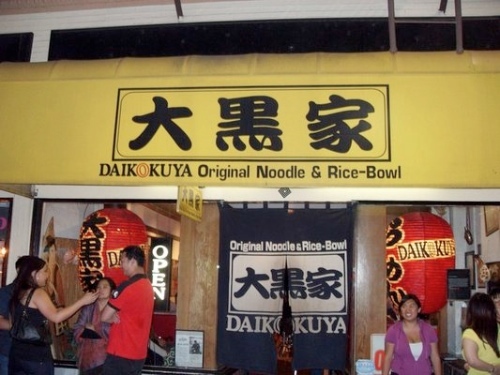 Q: Were there any restaurants that you broke up with in 2011?

Jonathan Gold, LA Weekly: I still love Daikokuya, but suddenly there is so much great ramen in town. I've been stopping by less frequently.

Lesley Barger Suter, dine editor, LAmag: Church & State – it used to be a favorite, but it’s fallen behind.

Lonny Pugh, LA editor, Urban Daddy: I'm still feeling a bit raw about it. Bruised. Um, can we talk about something else?

Lindsay William-Ross, LAist: It's usually customer service that kills it for me, which is why Pitfire Pizza and Olive & Thyme are total no-gos for me now. I'm lucky in that I don't get locked in to going to places I dislike, so I my options are usually pretty wide open.

Maggie Nemser, founder, Blackboard Eats: Yes. But I am hopeful for a turnaround, so no comment. But hint: Marina sushi/new management.

Josh Lurie, Food GPS: I’m one of the most promiscuous eaters in L.A., since so much of writing revolves around what’s new. In general, if a meal isn’t good, or just okay, move on, since there are so many other great options and opportunities in a city as massive and diverse as ours. Given that, there are dozens of restaurants that will never see me again.

Hadley Tomicki, LA editor, Grub Street: There's a few Cajun restaurants that fell off, but in the end, it was the loss of MoKo that really broke my heart. They said it was them and not me.

Jeff Miller, LA editor, Thrillist: There's a sushi place near me called Sushi and Kushi Imai that I used to go to regularly. I can't believe I have to say this, but "RIP." It's become "Sushi Cam," a sushi mac rip-off with sad-looking rolls and even sadder-looking employees. I can't say I've been in, but it feels like I'd be thinking about cheating-down; I just can't do it.

Zach Brooks, Midtown Lunch: Daikokuya? It's still the best ramen in Downtown L.A. (despite some competition from Shin Sen Gumi), but Yamadaya and Tsujita L.A. have rendered it a bit obsolete in the grand scheme of things. Don't believe me? JGold took it off his 99 Best list for the first time in 7 years.