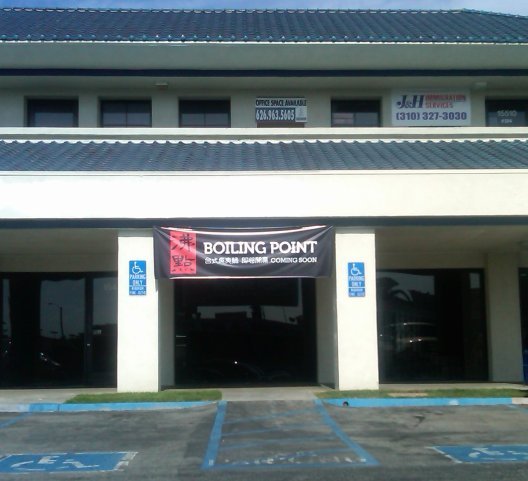 Boiling Point, first opened in 2004 at a location deep in the heart of San Gabriel Valley, has a rather aggressive expansion plan for the remainder of 2011. Currently with four restaurants (three in LA -- Hacienda, Monterey Park, Arcadia -- one in WA), the olfactorily offensive chain started by Rick Chou will nearly double by August.

The focus of the chain is still on the Taiwanese delicacy of stinky tofu, served up in a boiling cauldron of heavily spiced "non-greasy and non-fattening" soup that doubles as a shabu shabu base. BP's menu originally sported only four flavors, though was expanded to seven early on, and will continue as such at all three new locations.

This mini chain, the only one in Los Angeles based on a "deep end" Asian ingredient (we're still waiting for a Natto-ya), is rather popular in both food blogging and Yelp circles. Latest opening info (as well as future opening BOGO stinky tofu pots) can be found on The Facebook.