Kinetic Brewing Co. Will Open in Lancaster Next Month

Share All sharing options for: Kinetic Brewing Co. Will Open in Lancaster Next Month

At this point there's certainly no shortage of LA breweries from Eagle Rock Brewery to Angel City Brewing, and then of course there's Tony Yanow's (Mohawk Bend) Golden Road Brewing which is a work in progress. Here now, one more joining the queue, Kinetic Brewing Co., located 45 minutes north of LA in Lancaster. This microbrewery and gastropub should open late October and is the brainchild of Steven "Sven" Kinsey, a nationally ranked BJCP (Beer Judge Certification Program) judge, founding member of Brewing Enthusiasts of the Antelope Valley Region (BEAVR), and former Crown of the Valley Brewing Society president.

Check out these raw plywood shots for a preview of the space, keep in mind that in addition to the brewery, Kinetic will also serve as a restaurant and chef David Bowles (Wolfgang Puck Bar and Grille, Bar Marmont) has been hired to oversee culinary goings on. Once complete, the BrewPub will seat about 130 and offer 28 beers on tap. Glance down below for a preview menu: 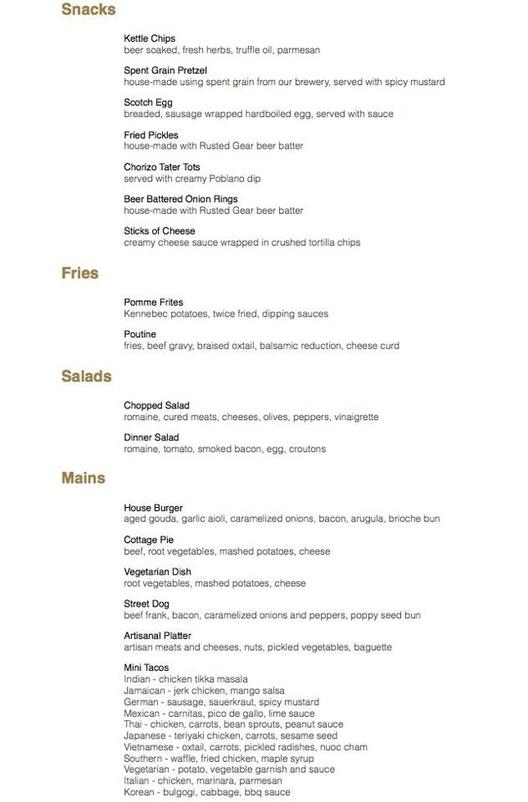