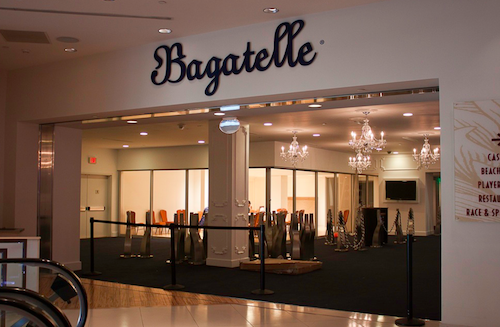 TROPICANA—Bagatelle Beach & Supper Club finally opened at the Tropicana this week, just in time for Halloween. The restaurant seats 500 indoors and out, while the beach club will offer a restaurant with an additional 250 seats. The restaurant's grand opening is set for November 16. The Beach Club will not launch until next spring.

COSMOPOLITAN—A number of restaurants were shut down this week by the South Nevada Health Department, perhaps most notably, Scarpetta. Among the violations that downgraded the restaurant's rating to a B were food unprotected from potential contamination during storage, a lack of hot and cold holding equipment and potentially hazardous foods stored at improper temperatures.

ENCORE—Switch at Steve Wynn's Encore Las Vegas has closed to make way for Andrea's. Named for Wynn's wife, the place plans to offer what it's calling "vibe dining" that combines "a restaurant and nightlife experience into one environment." The Asian-themed menu will be complimented by a "musical chef" (Steve Angello of Swedish House Mafia; he's in charge of the music and is not some sort of dancing, guitar-playing chef), family-style platters and cocktails named after DJs.