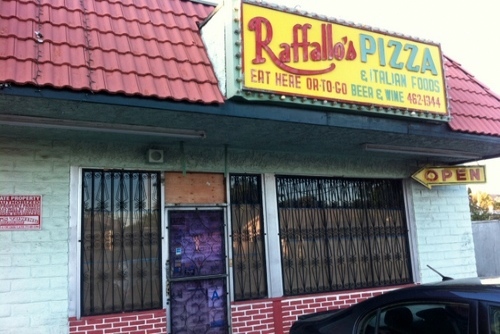 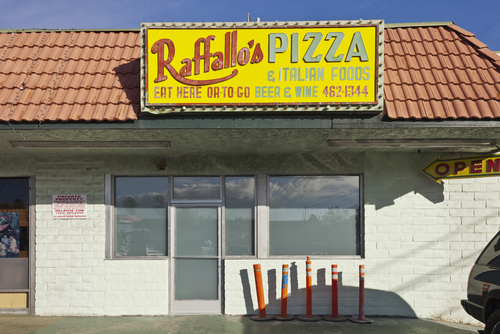 With chef Ludo Lefebvre's LudoBites.TEN underway and his truck stop-themed French bistro with the Animal guys, Le Routier, originally suggested to launch either this month or in January, Eater decided to pop by the space for an update. It appears that Le Routier might pull a Laurel Hardware and leave the original Raffallo's signage up, right now it's still in place despite a new wash of white paint outside and window grates removed. Other than that windows are covered and no construction works on site which could mean the space is about ready.
·All Ludo Lefebvre Coverage [~ELA~]

Update: According to an Examiner article, the name and concept for "Le Routier" have changed and the restaurant should debut around January 22. Meanwhile, Ludo's "ultimate goal is to have many other restaurants as well as concepts that could be singular dish or item focused (like the LudoTruck)."