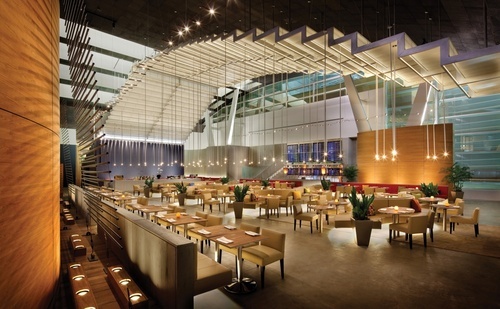 COSMO— Years back Eater heard that New York chef David Chang, creator of the Momofuku empire, was looking to open eateries in both LA and LV. Eater Vegas refuels the fire, wondering whether Chang is considering a spot in the Cosmo.

THE STRIP— O’Sheas casino shutters April 30 to make room for Linq, a $550 million entertainment center that opens in 2013.