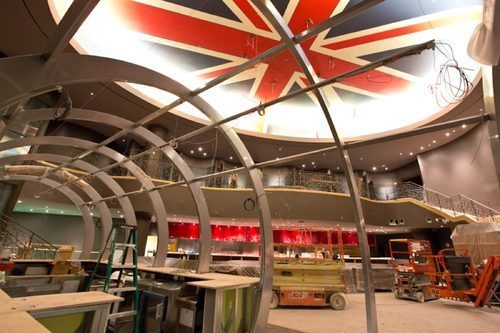 PARIS— Shouty chef Gordon Ramsay is opening a new steakhouse at the Paris hotel aptly titled Gordon Ramsay Steak. While the eatery isn't set to launch until May, head here for an early tour through the space.

MGM GRAND— The problem with Vegas dining is that such a high calibre of chefs have opened restaurants in the city, but because of multiple restaurants and busy schedules, the chefs are infrequently in their Vegas kitchens. However, Michael Mina is in town overseeing kitchen work at Seablue on April 18 and at Nobhill Tavern on April 19.

THE COSMO— EA Sports Bar opened last Saturday at the Cosmopolitan. The 2,500 square foot space is divided into nine living room-style areas and guests have the option to play video games while drinking.