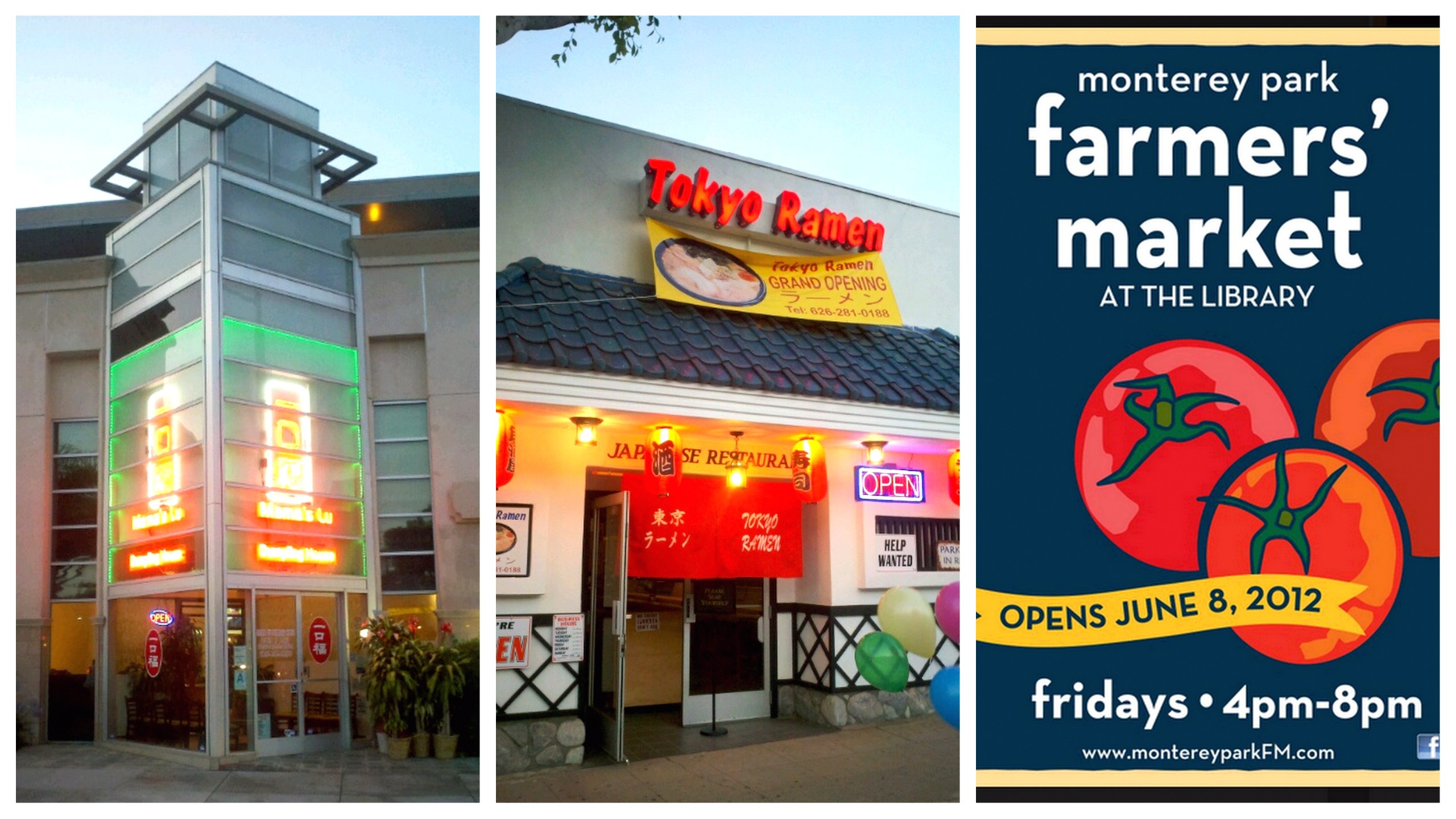 1) West Covina: 85°C, famous for its sea salt lattes and taro bread, has signed a lease for its third SoCal bakery and coffee shop. McIntyre Square recently announced the news, and an 85°C rep advised that the opening date is tentatively set for September. Apparently West Covina trumped Chino Hills as the next hip city for Asian bakeries as there were reports of 85°C scouting for locations in the (909). 220 South Citrus St.

2) San Gabriel: Mama Lu’s has unofficially become an mini-empire with the lease signing of its fourth location. Word is that it's attached to the opening of 168 Market in San Gabriel, and will replace the lagging Young Do Tofu. 927 E Las Tunas Dr.

3) Monterey Park: Monterey Park Farmer’s Market is set to (re)open June 8 at the Bruggemeyer Library. Hours: 4-8PM. According to Sprouts of Promise, the non-profit which is organizing the market, MPFM has the ability to host 50 stalls, and will be akin to the spirits of the Thursday night South Pasadena farmers market. 318 South Ramona Ave.

4) Monterey Park: Tokyo Ramen, related to Sayuri in Beverly Hills, grand opened May 29. The Type 41 transfer has already been approved, and Tokyo ramen will be a direct competitor to Daikokuya located less than a mile away. 816 S Atlantic Blvd.

·All Meanwhile, In SGV Coverage [~ELA~]