Share All sharing options for: Bagatelle Hotel Coming to the Tropicana, Hakkasan Taking Up 75,000 Square Feet 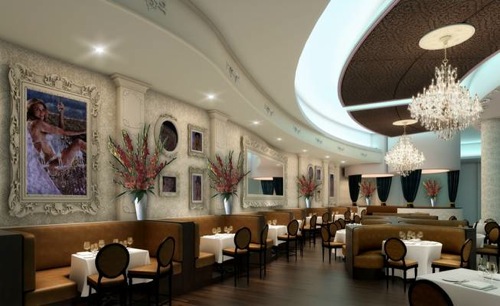 A rendering of Bagatelle's supper club [Photo: The One Group]

TROPICANA— Bagatelle Beach & Nightclub plans to open Bagatelle Hotel, taking over the east wing of the Tropicana Las Vegas. Bagatelle's hours will extend into the evening so that the restaurant can serve dinner and drinks. The new spot should open by August 1.

MGM Grand— Still tracking Hakkasan. Construction for the five-level nightclub and restaurant at the MGM Grand is already causing traffic jams. The club will take up 75,000 square feet (restaurant, lounge, nightclub). Inside, Hakkasan plans to have Chinoiserie decor, similar to the flagship London location.