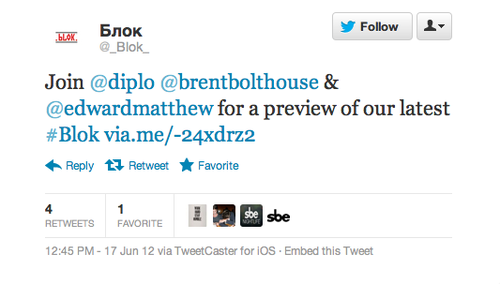 Yesterday via The Twitter, SBE announced its newest nighttime endeavor, Blok, which replaces Crimson and is set to premiere tomorrow night. Word on the street is that Brent Bolthouse is involved (in a similar capacity as he is at Hyde) and tomorrow night he will DJ. [Twitter]