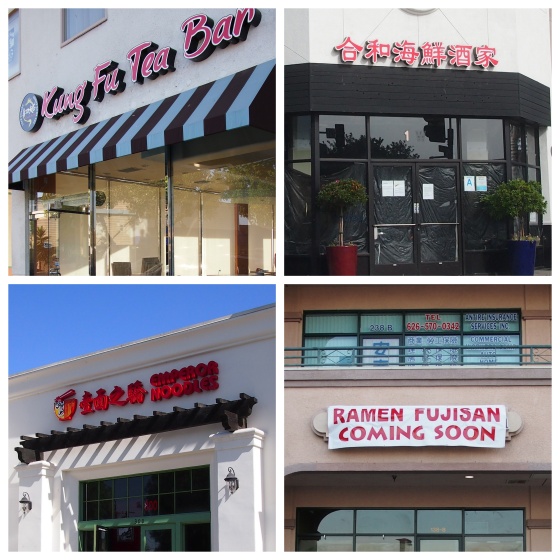 1) Monterey Park: Remember what went down at O My Yogurt? The owner sexually assaulted a female worker, abducted her, yet the woman was able to escape from a box in the storeroom. The scene of the crime has been converted to a shop named Kung Fu Tea Bar. 2215 S Atlantic Blvd.

2) Alhambra: Hop Woo has shuttered. "The Sea Dragon," under "worldwide franchise management" comes next and promises to be "one of the best modern Chinese bistro in the heart of Alhambra" around mid-June. 1 W Main St.

4) San Gabriel: Ching Chang Wing Wang just closed. The restaurant, opened shortly after the release of the "ching chong ling" YouTube video by a UCLA student, was known for its $0.39 wing specials. It didn’t last a year. Blame it on the bad feng shui, bad name, or both? 400 E Valley Blvd.

5) San Gabriel: Fujisan Ramen has replaced B Open Kitchen. This is the second new ramen restaurant (with a confirmed Japanese operator) in as many months, grand opening date still unknown. 529 E Valley Blvd. Ste 138-B