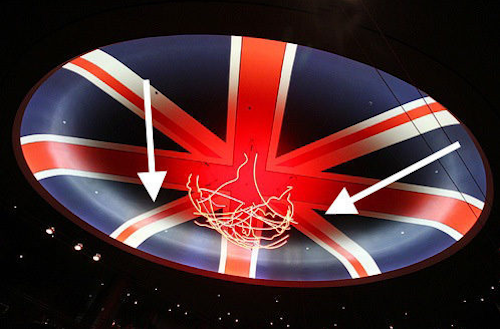 The stripes that need to be fixed on the Union Jack at Gordon Ramsay Steak. [Photos: Susan Stapleton]

THE PARIS— It's been another crazy week for Gordo. This time, the stripes on the Union Jack inside Gordon Ramsay Steak were painted wrong! EDG Architecture and Design worked with management at the restaurant to repair them this week.

THE VENETIAN— Last Friday, Thomas Keller's Bouchon was downgraded to a B rating by the Department of Health. But by Monday, the inspectors returned to give the restaurant another A. Commenters have had some interesting insights into the DOH's guidelines. In other Keller news, another Bouchon will open on The Strip later this year.