A Handy Guide to Dining Out During dineLA Resto Week

Share All sharing options for: A Handy Guide to Dining Out During dineLA Resto Week

Every year, dineLA's Restaurant Week ups the ante, from more cohesive menu options to, perhaps the biggest change, weekend dining. Restaurants are finally beginning to realize that these two weeks are for diners to go out and try the best of what's available, not merely to get a boring, uninspired plate. This year dineLA runs for 12 straight days, from July 16 to 27 and Eater has compiled a list of best bet dining options, spread throughout the city, for both lunch and dinner. Check out the full list with menus here and click down below for our top picks. 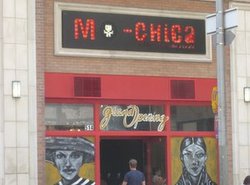 Though lunch prices took a slight uptick after the move from Mercado La Paloma to the center of Downtown's budding Restaurant Row, lunch portions are still pretty hefty at Mo-Chica on 7th Street. Their restaurant week special has a vasty array of options, with three full courses at a mere $20, which is bit more than the $15 entry for dineLA, but Mo-Chica's includes dessert. Highlights from the menu: Choritos (clams in aji amarillo butter), paiche, an Amazonian fish with a buttery, flakey texture, and the Peruvian classic lomo saltado. 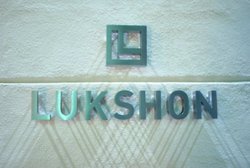 While the lunch deal at $15 for two courses might seem pretty spectacular, the dinner menu at Lukshon is arguably better, with a choice of any three courses of nine dishes available on the menu for $25. It's no doubt a move to shake Lukshon's perceived 'expensive' prices, which aren't the case despite the standout interior that gives off an impression as such. Hawaiian butterfish, green papaya salad, spicy chicken pops, and kurobuta pork ribs introduce diners to a nice spread of Lukshon's finest at a fraction of the price. 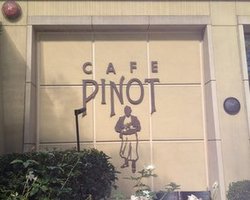 Ever since ex-Ludobites chef Sydney Hunter III took over the reigns at Cafe Pinot, this primarily business restaurant took a turn toward the creative. Lunch is the sweet spot, with two courses for $20 that include such dishes as smoked salmon veloute with caper relish, fluke with vadouvan carrot puree and lobster glace, and flatiron steak with marshmallow brulee and katsuobushi (bonito flake) jus. What what?! 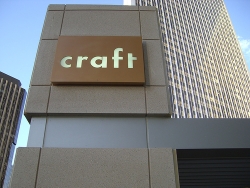 The perennial choice for dineLA's best deal, Craft's menu boasts a table-choice of three apps, six mains, and two desserts, at $45 per person. Diver scallop ceviche with watermelon, corn agnolotti with cherry tomatoes, petrale sole with summer squash, flatiron steak with red peppers and andouille sausage with cranberry beans highlight the savory dishes, while a brown sugar pavlova with peaches and blueberries makes the dessert portion. With an average three course meal well over the dineLA price, it's worth a visit. 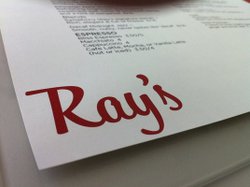 The uber-mod setting of Ray's at LACMA presents one of the best dining rooms in LA, with expansive views of the Broad Contemporary building and the open space in the center of the museum grounds. Chef Kris Morningstar puts together a strong dineLA menu with octopus and charred broccoli, grilled pork spare ribs with roasted apricots, and market stone fruits for dessert. It clocks in at a reasonable $35 for dinner, not bad considering the world-class environs. 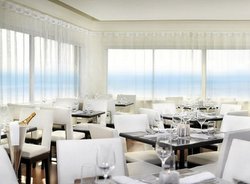 Best View: The Penthouse at the Huntley

There's a lot of great views at participating dineLA restaurants, but few can best the one at The Penthouse in Santa Monica's Huntley Hotel. The menu itself isn't particularly adventurous, but it isn't the same-old chicken or salmon special either. Shaved asparagus with truffle vinaigrette and poached egg, braised short rib with bone marrow bread budding, halibut with snap peas and shimeji mushrooms come out as highlights, but the real treat is the expansive view of the ocean from the dining room. 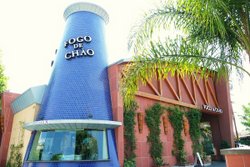 Fogo de Chao is one of those over-the-top restaurants that doesn't need to ever change its prices, with a steady flow of tourists willing to pay the regular prices for lunch and dinner. dineLA is one of the few times when you can nab a decent discount on the over-the-top all-you-can-eat Brazilian barbecue. Look for juices dripping from a hot-grilled picanha, a garlic-infused top sirlion, as well as a number of other cuts of lamb, pork, and chicken. 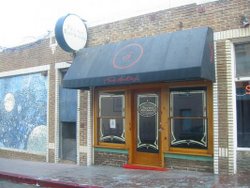 Truffles might not be in season, but don't tell that to Piccolo, a restaurant which has created a five-course menu that boasts five truffle-infused dishes among the 15 choices available for dineLA. Seared sea scallops comes with a parmesan-truffle fondue, fontina-filled ravioli comes with fresh truffle shavings, and duck breast comes with a truffle-honey sauce. Certainly some luxurious dining at just $45 for dinner. 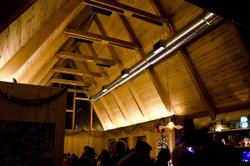 A-Frame makes dessert simple yet delicious, with a tinge of creativity from chef Roy Choi. For restaurant week, A-Frame will serve rice crispy cookies with peanut butter ice cream sandwiches and a rhubarb pie with vanilla ice cream and oatmeal crisp. In addition, the main dish selection includes the buttermilk fried chicken that's normally only available on the weekends, giving you a chance to try it on a school night. 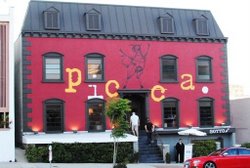 The regular menu at Picca can be a bit daunting, with over 30 choices of grilled skewers, causas (think of them as potato sushi), and composed plates that represent some of the best Peruvian cuisine in L.A. While most dineLA menus seem a bit limiting for those who really want to explore the potential of the restaurant at reduced prices, Picca offers over 20 items with only a few limitations. You can choose two starters with choices like anticucho salmon with miso and pickled cucumbers or ceviche criollo. There's also a choice of three main dishes includng the quinnoto (a quinoa risotto), seco de cordero braised lamb shank, and a Peruvian "bouillebasse" You even get to pick a dessert course, which makes it six courses for $45, a sweet deal, indeed. 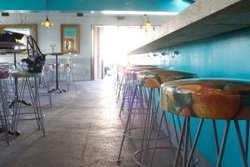