Restaurants and Bars in LA With the Hottest Servers

Share All sharing options for: Restaurants and Bars in LA With the Hottest Servers

The stereotype is somewhat true: Everyone in LA is gorgeous. Sometimes even that server across the dining room ... who's also a model on the side. These 10 restaurants have the hottest servers in LA. 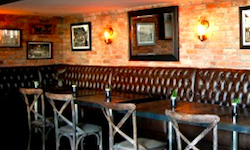 1) The Churchill: The lighting at this newish West Third Street hang-out is just right; it's the kind of lighting that makes everyone look good. Unfortunately for diners, it also makes the servers here look especially stunning. Waiters have chiseled faces; waitresses are very 'girl next door'. 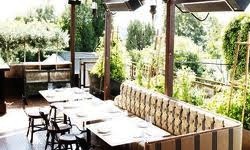 2) Edendale: Silver Lake is full of hipster hideouts, but Edendale's servers look like they are minutes away from being cast in the next Wes Anderson film. Tall, thin and often freckled, nearly every one would look lovely in kelly green or red lipstick. 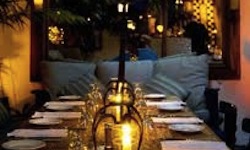 3) The Little Door: That the servers at this Mediterranean-French hideout speak with an accent only makes them more adorable. They are right out of Paris, with a jaunty walk and flirty smile. 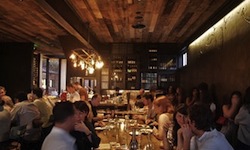 4) Gjelina: Did someone turn up the heat or did the chef walk in the door? Even the cooks and barmen at this (no substitutions) hot spot are blessed with good looks. 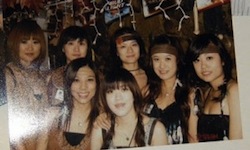 5) Indian Restaurant: People know this place as the Taiwanese Hooters. It's also terrifically politically incorrect -- the servers are dressed as sexy Native Americans. But the food is good, so a side of Pocahontas can't hurt.

6) The Tasting Kitchen: Casey Lane, Justin Pike and company have imported the sexy hipster look and updated it with a beach-y feel for Venice. Think: tousled hair, scruff, plaid and long, dark eyelashes.

7) Picca: That blast of heat at the entrance isn't coming from the open kitchen. The management, bartenders and hostesses here are both warm and comely. They look like they live wild, exotic lives when not at Picca. 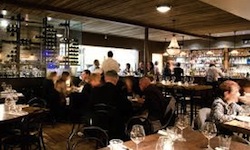 8) Sotto: Rumor has it that one of the servers was on America's Next Top Model. Try to guess which one.

9) BierBeisl: This new Austrian restaurant is making some serious food in a minimalist space. Take your eyes off the wiener schnitzel for a moment, though, and admire the pretty ladies who served it to you. 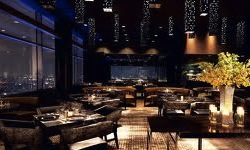 10) WP24: This sleek Downtown restaurant with perhaps the best view in the city might have an even better view on the dining room floor - the servers and waitstaff. Don't miss out on either.