The New Face of Wolfgang Puck Express Debuts at LAX

Share All sharing options for: The New Face of Wolfgang Puck Express Debuts at LAX

Wolfgang Puck, godfather of Los Angeles dining, has operated fast casual grab and go Wolfgang Puck Express outlets at airports and other touristy locales across the country for years now. In tandem with the dining overhaul underway at LAX, Puck unleashes an updated, more formal version of Wolfgang Puck Express centered around dine-in (as opposed to take-away) at LAX's Terminal 7, soft open mid-July with an official launch planned for September 13. Above, the very first new sit-down eatery to open at LAX with much more still to come over the next year. 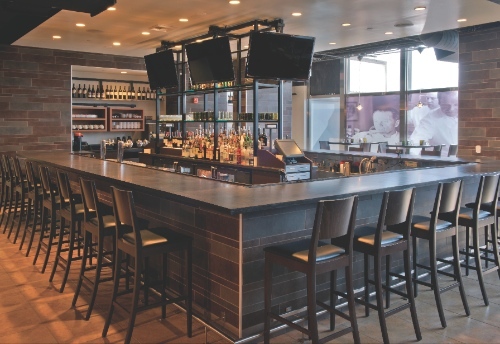 While there's still an Express counter, this new iteration centers around a full service restaurant and bar with an expanded menu in addition to the past pizzas, salads and sandwiches. Think apps, pastas, desserts plus WP classics like Bacon Wrapped Meatloaf and Oven Roasted Salmon.
·All LAX Coverage [~ELA~]