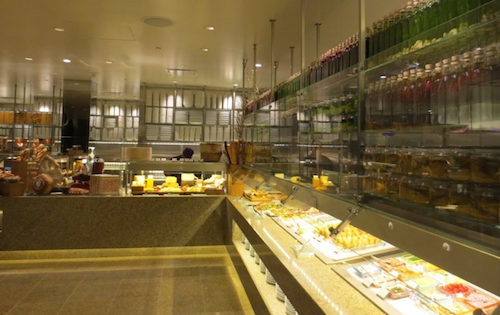 WEST SIDE—Chef Kim Canteenwalla (Society Cafe at Encore) and his wife, Elizabeth Blau (Blau & Associates) are behind the forthcoming Honey Salt, a 4,554-square-foot upscale restaurant that will feature dishes the couple make at home and craft cocktails. Joseph Zanelli, formerly of Lakeside at the Wynn, will be the Executive Chef.

ARIA—Check out the world's first look at Javier's at Aria, a new late night Mexican spot. There are Moorish elements, lots of black leather and shocking white. No opening date yet, but the promise of the largest selection of tequila in town.