The 18 Biggest Restaurant Openings of 2012

Share All sharing options for: The 18 Biggest Restaurant Openings of 2012

The Los Angeles restaurant scene keeps evolving, with Italian cuisine, gastropubs, and New American fare ruling the roost of new openings. Concepts in 2012 generally stayed casual, with most of the high-end dining options remaining in the context of underground supper clubs and pop-ups. From Downtown to Hollywood to the Westside, new restaurants continue to bolster Los Angeles as a great dining city, though still a few steps behind the likes of San Francisco, Chicago, and New York. The best of L.A. can still compete with the best of other cities, but there remains to be top-to-bottom quality. Here's to hoping for an even bigger and better 2013, but in the meantime, Eater presents the 18 Biggest Restaurant Openings of 2012 in Los Angeles. 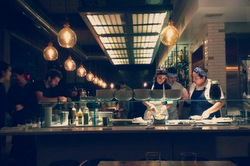 1) Bestia: Ori Menashe's Modern Italian restaurant carved into the side of a brick-facade industrial building on the fringe of the Arts District in Downtown signaled too many things at once. It touched on Bill Chait's bravado in the restaurant game in L.A., and it took Italian in a new direction, beyond Osteria Mozza's hegemony. The development of this kind of cooking has been latent in San Francisco and New York, but L.A. should be ready for Bestia and its influence in 2013 and beyond. 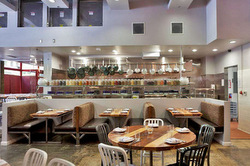 2) Mo-Chica: The new Mo-Chica was a bit confusing after it moved from its humble beginnings in the USC-adjacent Mercado La Paloma. It's without accident that many consider the 7th and Grand rendition as "Picca-East," though the lack of anticuchos on the menu immediately sets Mo-Chica apart. The menu tends to be more on the comforting side, and the place itself feels a little more casual than its Westside sister. Ricardo Zarate's Mo-Chica brings a seriousness to Downtown's restaurant row; where most other restaurants just tend to be big. 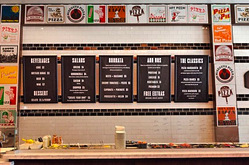 3) 800 Degrees:A simple concept, brilliantly executed and endlessly copied, 800 Degrees is the realization of quick-service pizza with high-quality ingredients, marrying the best of Neapolitan style pies with value. The decor might be slightly unoriginal, but the overall quality of the pizzas, from the dough to the sauce, leaves a lot of copycats green with jealousy. Expect more than a handful of 800 Degrees to open in the coming year. 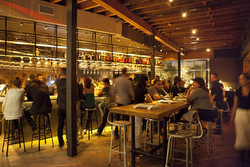 4) Laurel Hardware: West Hollywood was yearning for a place like this, where Mario Alberto combines the Animal/Lazy-Ox aesthetic of heavy-laden dishes with high-quality produce in an expansive space. The experiences are varied, with most critics generally not in favor, but the proof is in the packed tables nightly. 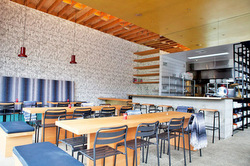 5) Superba Snack Bar: Jason Neroni's modern pastaria really opened up the prominence of Rose Avenue in Venice as a budding street along the lines of Abbot Kinney. The small restaurant brings high design with Italian cuisine reworked to a California vibe. Neroni's creative, avant-garde approach to pasta, with smoked bucatini carbonara and mustard tagliatelle, was enough to earn him Eater LA's Chef of the Year award. 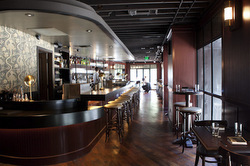 6) The Parish: The hype was white-hot when this Downtown offering by Tasting Kitchen chef Casey Lane opened his ode to the British gastropub. Since then things have cooled a bit, but The Parish remains formidable with above-average cocktails meant to pair with Lane's pub-inspired food, such as pig's feet poutine, bone marrow, grilled corn, chicken wings with black mild glaze, and fish & chips (naturally). The breakfast sandwiches are no slouch either, with one boasting fried chicken and maple dijon. 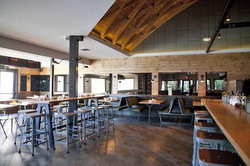 7) Mess Hall:Though opening consulting chef Keith Silverton is no longer involved, this Rob Serritella and Bill Chait production changed the game at the former Brown Derby and Louise's Trattoria space in Los Feliz, bringing a bit more moxy to the Eastside's dining scene. The retooled, classic American dishes such as the burgers and banana cream pie make it a great addition to the neighborhood, enough J. Gold suggests it's not quite a destination. 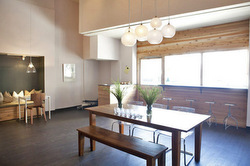 8) Alma: Ari Taymor's pop up grew up to a clean space in Downtown southern throes, lauded by critics as the type of modernist cooking that few others are doing in the city. The seafood and tofu beignets, foraged and local produce, rabbit liver mousse, clam-braised lamb, and more make for an extraordinary experience that will be even better once the beer & wine license comes through. 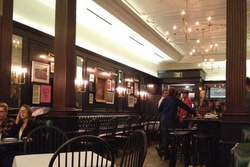 9) The Black Cat: After lurking for months without much of a peep, this gastropub in Silver Lake's Sunset Junction from the Village Idiot team revitalizes the former Le Barcito space (as well as a lame laundromat) into a new Black Cat after the old space lived for decades as one of the original gay, lesbian, and transgender bars in Los Angeles. This part of town seems to be starving for solid food and drinks, so the market-driven cooking and solid cocktail program is more than welcome. 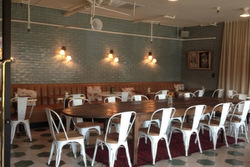 10) The Hart & The Hunter: The Wolf In Sheep's Clothing pop up found a comfy new home in the Melrose Palihotel, cooking up their new-style Southern Lowcountry fare using fresh, farmers market produce in a way that no one in South Carolina could assemble. The small, packed dining room is a nightly scene while the inventive dishes such as fried chicken liver salad, now-legendary biscuits, and hangar steak with snails are popular orders. 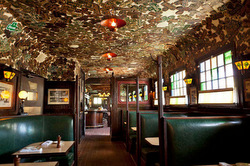 11) Tom Bergin's Tavern: Chef Brandon Boudet breathed new life into this classic Irish Pub in Mid-City, providing great relief to a part of town that's starved for some compelling dining options. The Irish Coffee is as good as ever, but Boudet has updated the rather terrible bar menu into one featuring the likes of house-smoked salmon, Niman Ranch pork chop, and Wagyu New York Strip steak. 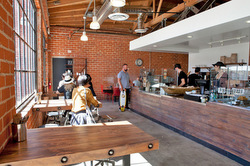 12) Sycamore Kitchen: This opening signaled the tipping point of La Brea's return to restaurant relevance after being mired with sky-high rents. The friendly patio and masterfully prepared menu items by the Hatfield's team finally puts serious baked goods and sandwiches on the map in L.A. Now if only dinner service would ever materialize. 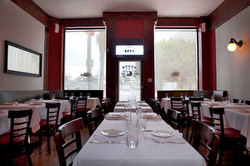 13) Gusto: Though West 3rd St. seems to be teeming with restaurants, it didn't stop Chef Vic Casanova from opening his take on classic Italian cuisine using local produce and making all pastas in-house. The minimalist design and small space makes for a convivial atmosphere at prices that are a tad lower than other high-end Italian restaurants. 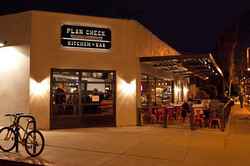 14) Plan Check: Former Umami chef Ernesto Uchimura does his take on the gourmet burger at the northern end of Sawtelle's Little Osaka neighborhood, with terrific cocktails going with the well-seared burgers, a great fried chicken sandwich, and other comfort food items to go with house-made pickles. 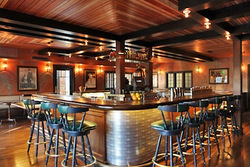 15) Sadie: Hollywood continues to be slow to adopt high-quality food and beverage but Sadie might be an exception, with Giovanni Martinez's swell cocktail program taking the reigns as the best overall drinks in Hollywood after the departure of Matthew Biancaniello from the Roosevelt's Library Bar. The New American comfort food dishes are also respectable, such as shallot-braised short ribs and grilled pork chop. 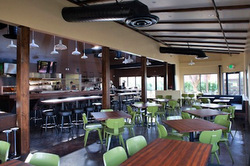 16) Post & Beam: Govind Armstrong returns to L.A., adopting a Marcus Samuelsson-esque model of re-vitalizing an historically African-American neighborhood with local, garden-fresh produce (from the restaurant's own garden), wood-fired pizzas, and other American classics served in a vibrant space (featuring a post & beam motif) in Baldwin Hills. 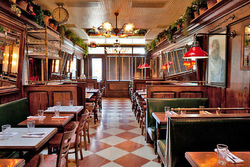 17) The Pikey: This gastropub constructed from "farmers market produce," according to Jonathan Gold, certainly puts a solid option on this stretch of Sunset Blvd in the former Ye Coach & Horses spot. There's welsh rarebit, bone marrow, and of course a burger on the menu, along with a solid cocktail program by Damian Windsor. 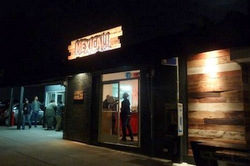 18) Mexicali Taco & Co: A former Baja-inspired taco shack in Downtown now has a permanent home, boasting great cuts of carne asada, grilled chicken, and more in taco, quesadilla, or other forms. The Zuperman, Vampiro and Cachetada are especially popular and come in at bargain prices. The fresh salsa bar is also great for dressing each creation to taste.

The Hart + The Hunter