In a special Whale Week event, Eater LA is teaming up with Curbed LA and Racked LA for an in-depth look at mid-century gangster Mickey Cohen: his (sometimes exploding) properties, the fabulous restaurants and nightclubs he frequented, and his ridiculous closet. 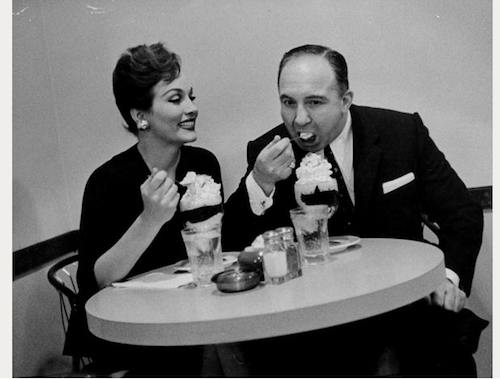 Mickey Cohen, sometimes known as The Mick, ruled Los Angeles in the go-go decades after The Great Depression. His LA was an underground world of booze, loose women and cold, hard cash. In other words, Cohen was one of LA's original whales. Throughout his career, Cohen often used restaurants and clubs like The Brown Derby, Formosa Cafe, and The Chateau Marmont as places of business. Here's a look back at how LA's whales used to do it. 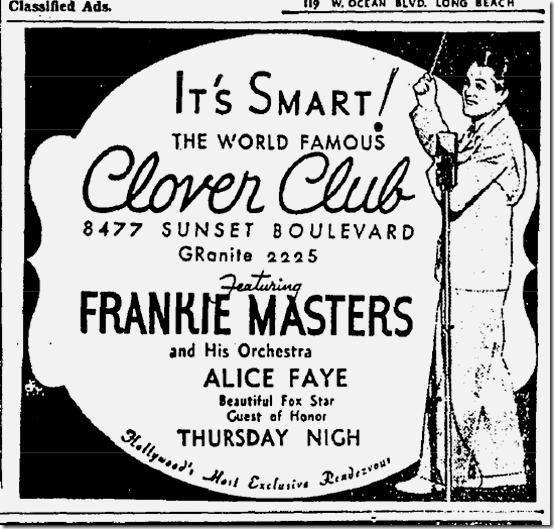 Advertisement for The Cover Club, 8477 Sunset Blvd., West Hollywood
In the mid-1930s, the Sunset Strip was just developing. The Clover Club was one of the city's first exclusive clubs. A nightlife scene for the rich and famous, it catered to celebrities by being one of the few places in town that turned photographers away. Together with pretty boy gangster Ben "Bugsy" Siegel, Cohen would run The Clover Club and use it as a fortress on the Strip for operations ranging from prostitution to gambling. 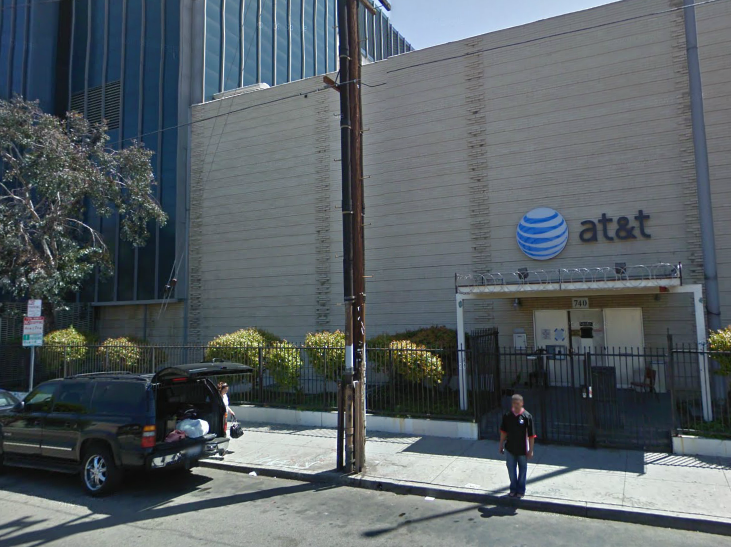 Original site of Stratford Coffee Shop, 758 S Rampart Blvd.
In 1940, Stratford Coffee Shop stood at the address of what is now an AT&T office building. From the attic of this otherwise nondescript joint, Cohen's first bookie business took off. Though he barely knew how to count past the number five until he was over the age of 30, this was the first business Cohen succeeded in running solo, while former partner Bugsy Siegel was in jail, having been indicted for murder. 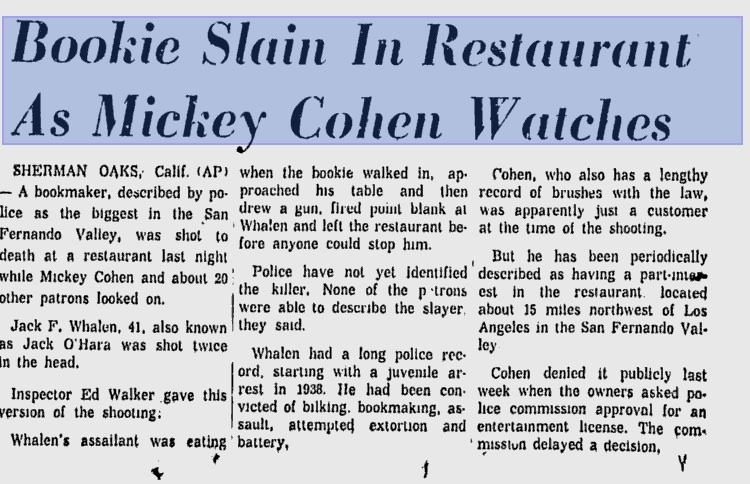 The Palm Beach Post picked up an AP story on Cohen's link to a shooting near Warner Brothers in Burbank.
In the early 1940s, Cohen and crew started operating out of a place called Dincara Stock Farm, near Warner Brothers in Burbank. Originally not much more than a horse stable, Dincara became a profitable bookie shop and dining saloon (all run by Cohen's operation) that "offered bountiful complimentary food," according to Tere Tereba's 2012 book Mickey Cohen: The Life and Crimes of L.A.'s Notorious Mobster. It was near Dincara that Cohen was "witness" to a shooting of rival Jack O'Hara. 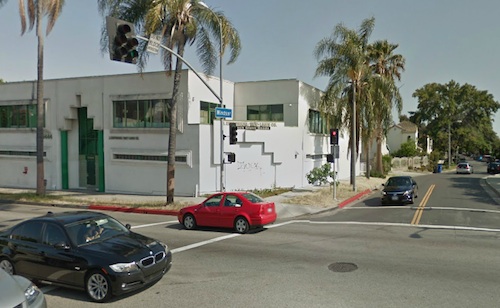 Site of the former Lucey's Restaurant, across the street from Paramount Studios on Windsor and Melrose.
In 1946, Mickey Cohen wanted be rid of cutthroat gangster Jimmy Utley, who happened to own a popular film industry spot called Lucey's. Apparently, Utley was purposefully taking business from Cohen's gambling operations. Cohen wanted to kill Utley outright, but advisors suggested a warning shot first. In the summer of '46, during lunch, Cohen walked into Lucey's and, "[i]n front of scores of customers, including producers, directors, film executives and stars ..., Cohen pistol-whipped Utley while an associate held a gun at diners." Because they were in such close proximity to the studio, diners thought the episode was staged for a film. Utley was hospitalized for weeks afterward, though that wasn't the last time he messed with Cohen. 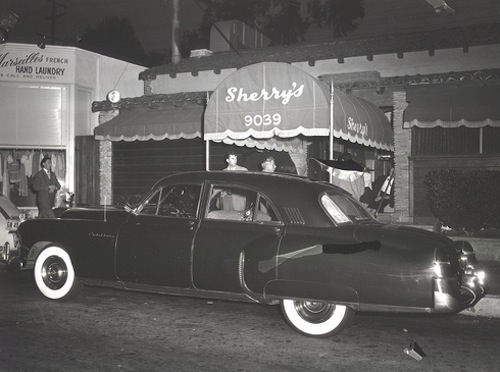 Sherry's Restaurant, 9039 Sunset Blvd.
Sherry's, which is now a dry cleaners the Key Club on the Sunset Strip, was a favorite Hollywood hangout in 1949. Shirley Temple (all grown up), was known to stop in from time to time, and even drove the same model of blue Cadillac that Cohen did. Sherry's was also the second place Mickey Cohen was shot, by rival mob leader Jack Dragna and his men. Just after leaving the Continental Cafe, nearby on Sunset, and in full view of reporters and cops, Dragna's men nearly took off Cohen's arm with a bullet. His bodyguard was killed at the scene on the street in front of Sherry's. 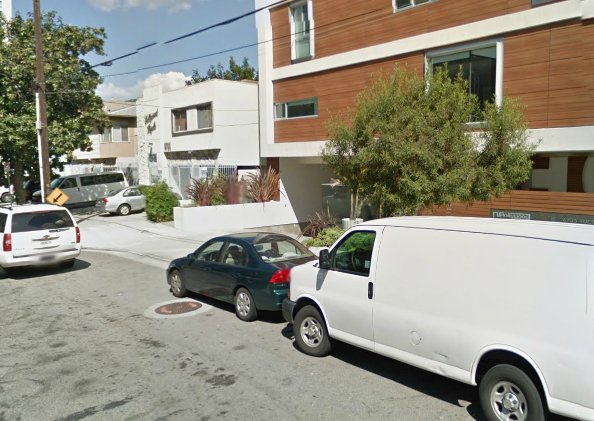 The site of the former Villa Capri, at 6735 Yucca St.
On what is now a quiet residential street in Hollywood used to live Villa Capri, a restaurant Cohen visited in the late 1950s. While at a party for Sammy Davis Jr. (with Frank Sinatra and Shirley MacLaine also in attendance), a waiter spilled hot coffee on Cohen — an accident. Cohen wasn't exactly the forgiving type, and immediately punched the kid in the nose. A lawsuit from the waiter followed. This would be the beginning of the end to Cohen's fight with the law. He was eventually put away for tax evasion.