Friends of Eater Name the Top Newcomers of 2013

Share All sharing options for: Friends of Eater Name the Top Newcomers of 2013

As is the tradition at Eater, our closeout of the year is a survey of friends, industry types, bloggers, and readers. We've already covered Top Standbys. Now it's time for best newcomers. 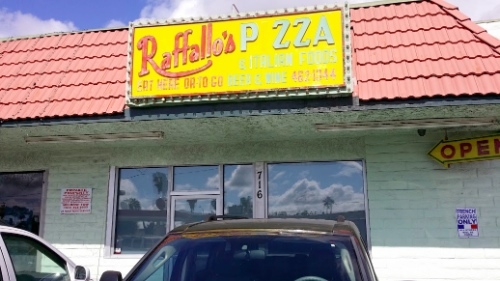 Q: What was the top restaurant newcomer of 2013?

Zach Brooks, founder of Midtown Lunch: If you gave it another few months Orsa & Winston and Republique might beat out Chi Spacca or Trois Mec for this one...

Matthew Kang, Associate Editor of Eater LA: Bestia was so good every time I went, I just wish it was easier to get a table. Even though it opened late 2012, I wasn't able to go until this year. Paiche was a fine addition to the Westside, but I still think Picca is my favorite Zarate restaurant. Despite the early shenanigans, Bucato is probably the strongest entrant for L.A. in 2013.

Esther Tseng, blogger behind e*star LA: Trois Mec. I had the benefit of having gone to probably 90% of the LudoBites pop-ups to witness the evolution of Chef Ludo Lefebvre's cooking. In hindsight, the pop-ups were continual testing labs for the birth of Trois Mec, where the still outlandishly creative dishes have reached their most disciplined and focused. The service is also top-notch; I've always had great experiences dining here - amazingly even during the restaurant's preview. A close runner-up was Chi SPACCA - a top pick for meat lovers.

Brigham Yen, blogger behind DTLA RISING with Brigham Yen: The Stocking Frame and their ever-evolving and changing menu.

Bill Esparza, blogger behind Street Gourmet LA: Bestia from day one has been packed, and has the most positive buzz. It captured the attention of L.A. with its big, hearty flavors and will continue to do so.

Randy Clemens, freelance food writer and author of The Sriracha Cookbook: I don't even feel qualified to answer this one! So many spots opened up this year that people have been raving about and I simply didn't visit enough of them to be able to say definitively which is tops for me. (That said, while it's not a restaurant, I have to give a shoutout on the bar side of the equation to The Glendale Tap, a great craft beer spot with 52 handles that's opened up dangerously close to my house.)

Josh Lurie, founder of Food GPS: Corazon y Miel is worth seeking in Bell for Eduardo Ruiz's modern pan-Latin cooking. I've actually never even ordered their best-known dish, an oversized turkey leg, since there are always so many other tempting options. Corazon's got one of the best ceviches in town, reliably good fish and chicken preparations, and a seriously great burrata salad. If Mozza's Salumi Bar was a charcuterie-driven warm-up, then Chi SPACCA is the Thunderdome for carnivores. However, in this case, "Two animals enter, no animals leave." Large format preparations of beef and pork are popular, and the beef cheek pie with bone marrow centerpiece is one of the best dishes for winter, such as it is in L.A. Republique is still finding its footing in the former Campanile space, but phase one was already impressive, with a spectacular setting, Walter Manzke's globally influenced bistro fare, and some of the best pastries in town, courtesy of Margarita Manzke. When the couple rolls out breakfast, lunch and a tasting menu in 2014, watch out. Trois Mec is one of the only restaurants in L.A. that's worth the trouble of making an appointment reservation. Yes, this is fine dining, but the setting's relatively relaxed, and Ludo delivers playful flourishes, including a progression of "snacks" to start the meal. Even dishes starring potatoes or carrots deserve devoted followings. A number of chefs have been plotting to create a killer fried chicken concept, but only Kouji Yamanashi has managed to pull it off so far, with Tokyo Fried Chicken Co. His karaage inspired bird, which he serves for dinner in a Monterey Park strip mall, is consistently impressive, and he's also developed some fun sides, including mac and cheese with sharp white cheddar and nor; and soy-glazed carrots with bacon.

Jeff Miller, Editor at Thrillist LA: I realize it opened at the very end of 2012, but Bestia was the Best New Restaurant of 2013 for me. It's delicious, perfectly suited for LA, casual-but nice, and pricey but not expensive (ie the portion sizes and overall satisfaction match the price). I love it there.

Jason Kessler, blogger behind Fly&Dine and Contributor at Bon Appétit: Petty Cash Taqueria. Guacamole with uni? Cheesy churros? Pork belly carnitas? You may be paying more than your local taco truck, but with dishes this good the money is well-spent.
· All Year in Eater 2013 Coverage [~ELA~]