Industry Experts on the Top Restaurant Standbys of 2013

Share All sharing options for: Industry Experts on the Top Restaurant Standbys of 2013

As is the tradition at Eater, our closeout of the year is a survey of friends, industry types, and bloggers. This year, we asked the group eight questions, from Meal of the Year to Top Newcomers. All will be answered by New Year's Eve. Responses are related in no particular order; all are cut, pasted and unedited herein. Readers, please do add your survey answers in the comments. 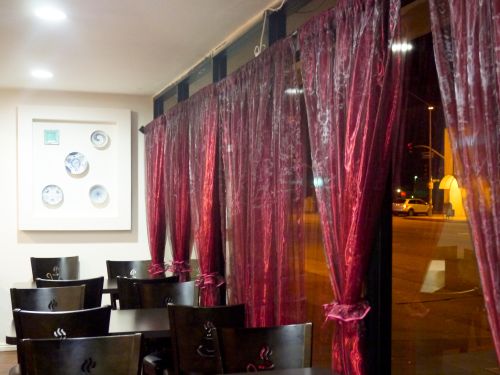 Daniela Galarza, Deputy Digest Editor at LAmag: Plan Check - and now there's one within walking distance of my apartment! Sycamore Kitchen - if they had wifi, I would just move in.

Matthew Kang, Associate Editor of Eater LA: Last year was Picca, but this year it was Phorage and The Doughroom, which are both very close to where I work. I think I had pho over 20 times since Phorage opened. I also ended up Hannosuke over a dozen times, as well as Kobawoo, which I think might be among the top three restaurants in Koreatown. Throw in Kang Ho Dong Baekjeong too for being my new favorite Korean BBQ spot. And finally, for late night, there's no better hang than Jones in WeHo, with the very good spaghetti & meatballs and the mind-blowing apple pie a la mode.

Esther Tseng, blogger behind e*star LA: I can't pick just one! How about one for each neighborhood? Bar Ama, The Spice Table, Son of a Gun, Sotto, Sapp Coffee Shop, Night + Market, Chengdu Taste.

Zach Brooks, founder of Midtown Lunch: Coni's Seafood. It's right by the airport, making it the perfect place to go after picking up an out of town friend. Never disappoints.

Caroline Pardilla, blogger behind Caroline on Crack: Sotto, Short Order, Petty Cash. Not only because they're near where I live but they have that magical combination of quality dishes and well-crafted cocktails.

Bill Esparza, blogger behind Street Gourmet LA: I probably spent the most time this past year at the Mercado Olympic--not a restaurant, but it is in my little world.

Josh Lurie, founder of Food GPS: My rotation changes every six months or so, but regular spots now include Jun Won, which has some of L.A.'s best banchan, pan-fried fish dishes, seafood pancakes and stews. It's not a restaurant, but Guerrilla Tacos, a truck that usually parks by Handsome Coffee Roasters or Cognoscenti Coffee, has really hit a groove. Chef Wes Avila scours seafood shops and farmers markets to deliver great tacos topped with ingredients like swordfish belly or leg of lamb. Eggs frequently factor into the fun, and salsas can get fiery. Seoul Sausage Co. is probably the spot I hit most on the Westside, with addictive "poutine," fried chicken and cornbread, and new offerings like spicy pork burgers. Chris, Ted and Yong always seem to be playing around with specials. I'm looking forward to see what they come up with in 2014.

Eddie Lin, blogger behind Deep End Dining: Ricardo Zarate's and Stephane Bombet's Paiche was a repeater for me in 2013. I found myself in Marina del Rey more often than I planned.

Jason Kessler, blogger behind Fly&Dine and Contributor at Bon Appétit: Bay Cities. Not quite a restaurant, but for weekend lunch there's really nothing better -- as long as you order online ahead of time.
· All Year in Eater 2013 Coverage [~ELA~]