As is the tradition at Eater, our closeout of the year is a survey of friends, industry types, bloggers, and readers. We've already covered Top Standbys, Top Newcomers and 2013 in One Word. Now it's time for Best Dining Neighborhood. Readers, please add your thoughts to the comments. 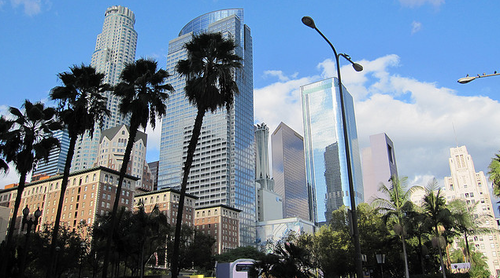 Q: What was the Best LA Dining Neighborhood of 2013?

Josh Lurie, founder of Food GPS: Koreatown remains my touchstone, and it's been a joy to learn about even more comfort food spots and single-dish specialists. I'm interested to see whether the Line Hotel and Hotel Normandie change the long-term trajectory of the neighborhood.

Kat Odell, Editor of Eater LA: Outside of SGV, the Arts District Downtown is very much up and coming. This past year I spent ample time on Sawtelle.

Matthew Kang, Associate Editor of Eater LA: Last year I said Sawtelle, and while it's still good, I think Koreatown is the best place to eat and drink in Los Angeles. Time and again, I'm reminded why it's the best ethnic enclave in America, with SGV a close second. SGV is fantastic as well, but it's a little too spread out to be a "neighborhood." Back to Koreatown, where else in the city can you get soup at 7 a.m. for under $6 (to cure the hangover), sip on world-class coffee, get an amazing lunch for around $10-15, then eat anything from down-home country cooking or pub grub before hitting the karaoke rooms and all-night spots.

Esther Tseng, blogger behind e*star LA: It's a toss-up between Little Osaka and Downtown LA, but I give it to Downtown in the end - especially since I get to cheat because that includes Little Tokyo and Arts District. With Orsa & Winston making tasting menus cool and more suited to L.A. clientele, Factory Kitchen upping the Italian game even after the advent of Bestia last year, Q Sushi upping the...well, sushi...game for the city and Little Tokyo finally getting more ramen shops with different styles to add to the teflon that is Daikokuya, and cutting edge bars like Honeycut continuing to open up in the area, Downtown is pretty much the L.A. neighborhood to eat and drink. It must be said, though, that the loss of The Spice Table is pretty huge for Little Tokyo.

Bill Esparza, blogger behind Street Gourmet LA: Our urban sprawl doesn't carve such neat and clear lines, so I'd say the 101 that runs to the north of DTLA to the 710 in the east, to the 105 in the south, and to Western Ave. in the west make up my favorite dining grid.

Zach Brooks, founder of Midtown Lunch: What do you call the neighborhood between Trois Mec and Republique? The one that includes Hart & the Hunter, Animal, Bludso's, The Mozzas and Chi Spacca?

Jeff Miller, Editor at Thrillist LA: I feel like Downtown really fell off this year, leaving this a wide-open category. Mid-city -- 3rd st, Beverly, etc -- is always my standby answer, but that may just be because I live over there.

Maggie Nemser, founder of Blackboard Eats: Abot Kinney is rocking new stripes with the additions of Another Kind of Sunrise, Salt Air and South End.

Jason Kessler, blogger behind Fly&Dine and Contributor at Bon Appétit: Sawtelle, aka Little Osaka. With Flores bringing in TexaSpanish small plates, Tsujita Annex and Daikokuya cutting down on ramen lines, Kimukatsu porking it up, and old sushi standbys like Kiriko and Hide still cranking out great lunch specials, Sawtelle is the global capital of dining in LA -- assuming you have an Asian-centric view of the world.
· All Year in Eater 2013 Coverage [~ELA~]