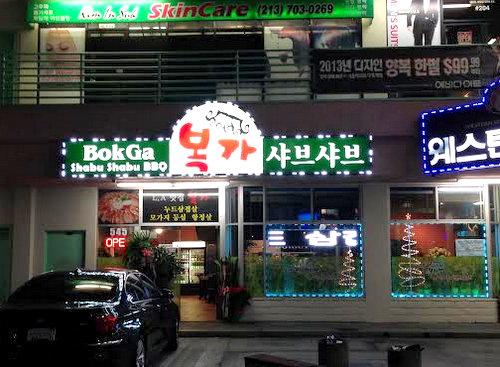 6TH AND WESTERN— Bok Ga is a new shabu-shabu joint that opened earlier this month in the constant turnover land of this bustling intersection. This Korean-style "swish" meat place starts with a miso broth, then builds the meal with a variety of vegetables. Another variant is that they grill off some of the meat before the broth swirl. 545 S. Western Avenue.

9TH AND WESTERN— Palsaik has been re-named to Eight Korean BBQ, which is a very close literal translation. Palsaik just refers to eight colors of pork belly that are featured. The name change could also be a result of pressure from copyright infringement. Eight Korean BBQ's overall concept and menu have remained. 863 S Western Ave.