Friends of Eater Recall Their Single Best Meal of 2013

Share All sharing options for: Friends of Eater Recall Their Single Best Meal of 2013

As is the tradition at Eater, our closeout of the year is a survey of friends, industry types, bloggers, and readers. We've already covered Top Standbys, Top Newcomers and 2013 in One Word, Best Dining Neighborhood, and Biggest Dining Surprise. Now it's time for their Single Best Meal of 2013. Readers, please add your thoughts to the comments. 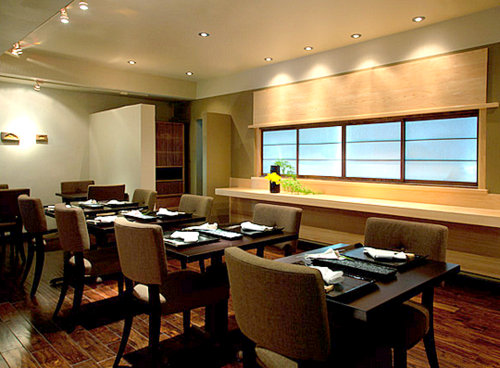 Caroline Pardilla, blogger behind Caroline on Crack: The veggie dishes by Michael Voltaggio at Ink. That egg yolk gnocchi with mushroom brown butter and hen of the woods!

Eddie Lin, blogger behind Deep End Dining: 7 courses of snake at Hop Woo in Chinatown. It was beyond a meal - it was a no B.S. aphrodisiac. Never experienced anything like it in my life.

Kat Odell, Editor of Eater LA: Either a crazy 4.5 hour dinner at Yamakase in West LA or Blanca's tasting menu in Brooklyn.

Matthew Kang, Associate Editor of Eater LA: Grace in Chicago was absolutely fantastic, as was Longman & Eagle (Michelin-starred gastropub? $3 shots of bourbon?). Il Buco Alimentari was amazing. George's at the Cove in San Diego. Franklin BBQ in Austin, Raku and miX in Vegas, But in Los Angeles, the winner goes to Chengdu Taste. Three people, 8 dishes, we crushed it all. Went back again and had even more food with seven people.

Esther Tseng, blogger behind e*star LA: Dinner at Culina, Four Seasons Beverly Hills by Chef Sathi. I dropped in on Culinary Camp, and there was this incredible Indian meal that we partook in right inside the kitchen. It was so simple yet so flavorful and aromatic - I had never had Indian food even close to this good in L.A., before. I think what added to the novelty was Chef Sathi, originally from Sri Lanka, used to be Saddam Hussein's private chef.

Brigham Yen, blogger behind DTLA RISING with Brigham Yen: Besides Stocking Frame, Peking Tavern and Badmaash tied for me

Bill Esparza, blogger behind Street Gourmet LA: Abroad, it was Migas (pork leg bone soup thickened with bread tops and served with leg bones) at Migas La Güera in the Tepito neighborhood of Mexico City; out of town it was Chef Trey Foshee's tasting menu at George's at the Cove in La Jolla, and in town it was a dinner of regional Guerreran cuisine, including pozole and moles prepared by the women at Tamales Elena--this was a home cooked meal. Oh, and Trois Mec! Wait, just one meal?

Randy Clemens, freelance food writer and author of The Sriracha Cookbook: I was celebrating a big personal & professional achievement, so I splurged BIG time while on a trip to Washington, DC by going to Komi. The food was on a level like I'd never experienced before. Every dish was beautiful and simply perfect... refined beyond belief. The wine pairings were absolutely out of this world. (Bless their hearts, they never would let your glass go empty either.) I don't remember the last few plates as a result—there were around 14 courses or something insane like that—but I know I'll never forget the experience.

a(MUSE.) in Rehoboth Beach, Delaware was also incredible. I was there to visit Dogfish Head Craft Brewery, and my good friend Justin recommended we visit a(MUSE.). There's an inventive selection of dishes on the printed menu, but I definitely recommend inquiring about the chef's tasting menu. Chef/owner Hari Cameron—a James Beard Foundation "Rising Star Chef of the Year" semifinalist no less—will come to your table and dazzle with some really out-of-this-world molecular gastronomy that isn't just visually impressive... it also tastes divine.

On the local side, it would undoubtedly be one of my many bites at SQIRL. The sandwich with bandage-wrapped cheddar and tomato-coriander jam does things to me that could be considered indecent to describe here.

Josh Lurie, founder of Food GPS: My single best meal in L.A. was probably at The Strand House, where "Culinary Masters Series" guest chef Douglas Keane was the conductor for esteemed line cooks that included Neal Fraser and Sang Yoon. Keane's dishes included sumptuous seared scallop with morel and ramp fondue, rosy soba-wrapped ocean trout, and game-changing Wagyu strip loin, and black sesame panna cotta with shattered white miso custard and matcha rice flakes. After this meal, it was easy to see why he earned so much acclaim at Cyrus, and why he prevailed on this year's season of "Top Chef: Masters."

Zach Brooks, founder of Midtown Lunch: Filling the entire counter at Chi Spacca was a meal I will never forget. I don't see how anybody eats there with less than 8 people. How else can you get the bisteca fiorentina, bone marrow pie, tomahawk pork chop, frittata w/ copa di testo, a whole tray of Nancy Silverton's foccacia di recco, and a charcuterie platter? What would you leave out? Are the tables for two a practical joke?

Jeff Miller, Editor at Thrillist LA: I had an epic lunch with Zach Brooks from Food Is The New Rock at Fishing With Dynamite that may go down as my favorite meal of the year. That place is incredible.

Jason Kessler, blogger behind Fly&Dine and Contributor at Bon Appétit: n/naka. Niki Nakayama is absolutely crushing the hyper-traditional thirteen course kaiseki menu and she's doing it in a nondescript building in Palms with little to no fanfare. It's worth the splurge.
· All Year in Eater 2013 Coverage [~ELA~]